Anra in discussion with insurance supervisor on captive formation in Italy

By Chiara Zaccariotto on February 23, 2021  Comments Off on Anra in discussion with insurance supervisor on captive formation in Italy 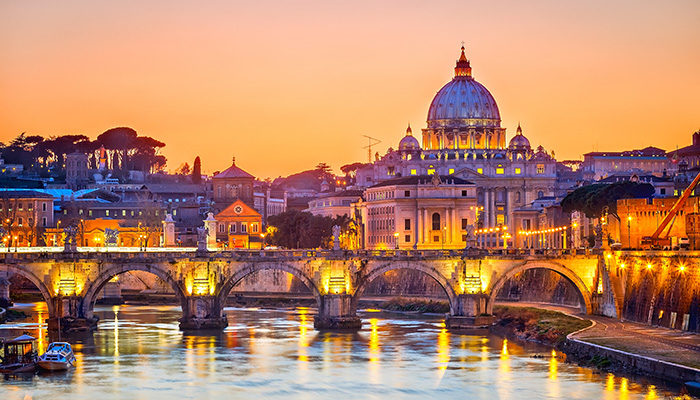 Italian risk management association Anra is in an “informal” and “cordial” dialogue with the national insurance supervisor IVASS to ensure it is as easy as possible for Italian companies to form and use captives, as they struggle to deal with the dramatically hardening insurance market.

This move comes as French risk management association AMRAE is awaiting proposals from its Finance Ministry on measures it is hopes will make it more attractive for French companies to set up captives and smaller firms to use catastrophe reserves to cope with future crises such as Covid-19.

Anra gave its members an update on progress with IVASS during a webinar on the benefits of captives and their feasibility in the hard market, which it hosted last week in partnership with Willis Towers Watson (WTW).

Gianmarco Tosti, Italy country manager and head of corporate risk and broking at WTW, said that today, more than ever, alternative instruments for risk financing are needed by risk managers to help them cope with the drastic and sudden insurance market hardening.

He said captives can help embattled companies deal with the reduction of capacity and higher pricing, and, perhaps more importantly, tackle the majority of risks that cannot currently be transferred to the commercial insurance market.

The broker pointed out that captives allow companies to manage these difficult risks in a more “agile” manner that makes risk retention more efficient and reduces volatility. “They are a tool for optimising the risk portfolio but need to be integrated into a broader financial assessment and risk modelling,” explained Mr Tosti.

Despite this challenge, Alessandro De Felice, president of Anra and chief risk officer of Prysmian Group, remains positive about the outlook for captives in Italy.

He pointed out that the harmonisation of IVASS regulations to European standards that followed the introduction of Solvency II means current Italian insurance legislation is not that different from those of traditional captive domiciles.

“There are fewer obstacles to the creation of captives, such as the principle of proportionality (PoP) in terms of governance and compliance [PoP means that regulators should treat captives that only write parent company risks more lightly than traditional commercial insurers]; a granted authorisation time set at 90 days from the date of application; and a reduced minimum capitalisation for reinsurance captives set at €1.2m, which makes it interesting to choose Italy as domicile,” said Mr De Felice.

There remain, however, challenges for existing or potential captive owners across Europe. But these are not exclusive to Italy, pointed out Vittorio Pozzo, captive adviser, western Europe and Great Britain at WTW.

European risk managers face several challenges when it comes to captives, such as reporting requirements related to Pillar 3 of Solvency II that demand increased time and dedicated resources, and the Organisation for Economic Co-operation and Development’s base erosion and profit shifting package, which demands full compliance in areas such as transfer pricing and risk acceptance criteria.

Mr Pozzo pointed out that there has been a rationalisation in the number of captives managed by single companies and through the elimination of legacy liabilities via run-off reinsurance arrangements in recent times. Overall, however, captive formations and the use of existing captives is on the rise, he added.

On the specifics of creating a captive in Italy, Mr Pozzo said that, by applying the Solvency II rules, the minimum capital for a pure single-parent reinsurance captive is €1.2m. This rises to €2.5m for a direct single parent captive for underwriting casualty and property risks, and reaches €3.7m for a direct writing life insurance captive, he said.

Any captive feasibility study should include an overview of the captive strategy over a minimum horizon of three to five years, he continued. This should include pro forma captive financial statements, key timelines, review and assessment of funding levels, expected returns on investment, optimistic and pessimistic risks scenarios, changes in claims management costs and operating expenses.

Mr Pozzo said a feasibility study would normally take two to three months minimum and the costs for a full-fledged study typically range between €25,000 and €75,000.

Concluding the discussion, Carlo Cosimi, vice-president of Anra and head of insurance and risk financing at Saipem, said that, based on his ten-year experience, captives do not create value for the company, but rather protect the value created by the parent company.

Mr Cosimi said this is why the communication phase, the internal “onboarding”, is essential.

In conclusion, Mr De Felice pointed out that a possible critical matter for potential Italian captive owners may be the availability of specialised captive management services locally. The relative lack of experts in the country currently could represent an interesting business opportunity for consultants, he said.

Anra in discussion with insurance supervisor on captive formation in Italy added by Ben Norris on February 23, 2021
View all posts by Ben Norris →