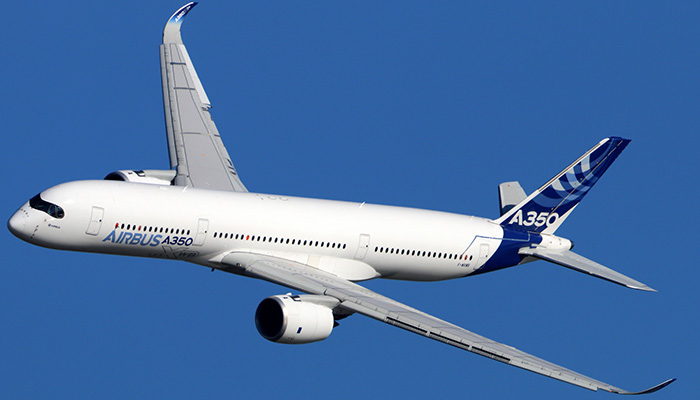 In 1996, a 32-year-old woman died of a drug-resistant strain of tuberculosis after flying with a US carrier from Chicago to Hawaii. The Centre for Disease Control traced all 249 passengers and found that six of them, some as far as 13 rows behind the woman, had caught the pathogenic bacterium that causes tuberculosis. As a result of this incident, several governments established guidelines to prevent the spread of communicable diseases, including tracing passengers who have been exposed to the infection.

The latest variant of coronavirus, 2019-nCoV, is not the same as tuberculosis, but there may be similarities in the steps that airlines need to take to try and ensure the safety of the travelling public. While most people affected are in mainland China, 2019-nCoV has also affected victims in other parts of the world, including Hong Kong, Japan, Singapore, Australia, UAE, France, Germany, Canada and the US.

Reactions to the virus have already begun to impact airlines. British Airways has cancelled all flights to mainland China and Hong Kong-based Cathay Pacific Group has reduced capacity by 50% on mainland Chinese routes. The World Health Organization (WHO) has not yet issued an Emergency Travel Advisory to passengers or airlines (as it did for SARS in 2003), however this may change. Some governments may require passengers to complete health declarations on arrival and submit to medical examination if they are suspected of suffering respiratory symptoms or are travelling from a particular country.

Thai Airways announced it will be fumigating aircraft arriving from China and other at-risk areas 15 minutes after the last crew members leave the aircraft. EVA Air announced it would provide N95 respirator masks and medical masks on all EVA flights.

In general, the principles of air carriers’ liability for a passenger contracting 2019-nCoV in an aircraft cabin are no different to principles relating to the spread of other diseases such as tuberculosis or cholera.

Airlines must comply with national and international health regulations as well as the laws of the countries to which they operate services. If they ignore passengers that look unwell, they may be exposed to penalties or passenger claims.

The possible risk factors for the airlines could include the following:

(d) A failure in the cabin ventilation system.

In considering the liability of airlines to passengers that have contracted 2019-nCoV, a distinction needs to be drawn between claims brought in countries that recognise the applicability of the Warsaw Regime and the Montreal Convention (as well as, in many cases, the exclusivity of the cause of action thereby provided) and those countries that do not, such as Taiwan, where domestic tort and contract law principles regarding personal injuries/death will apply.

The conventions require an accident to have caused the damage to have taken place onboard the aircraft or in the course of operations of embarking and disembarking. The US Supreme Court decision in Air France v Saks gives the authoritative definition of the term ‘accident’ as “an unexpected or unusual event or happening that is external to the passenger”, also holding that an injury resulting from “the passenger’s own internal reaction to the usual, normal and expected operation of the aircraft”, is not caused by an accident.

In the conjoined decision of King v Bristow Helicopters & Morris v KLM, the UK’s House of Lords held that compensable ‘bodily injury’ includes “the physical infliction of physical injury during the flight even though not already manifested at the conclusion of the flight, for example a disease or illness contracted on the aircraft through the contamination of the aircraft’s air supply”.

In particular, Lord Hobhouse stated that contracting an illness may amount to an injury depending upon the degree in which it departs from the normal. Thus, if a passenger caught a mild cold, this may not be deemed to be an injury; however, a passenger that caught a serious disease such as hepatitis, as the result of the deliberate or negligent act of another, may have suffered an injury.

In Hussain v Olympic Airways, the US Court of Appeals for the Ninth Circuit concluded that the failure by an airline to accede to a request by a passenger with asthma problems to be moved from a smoking section can be an ‘accident’ under the convention. The court found: “The failure to act in the face of a known, serious risk satisfies the meaning of ‘accident’, so long as reasonable alternatives exist that would substantially minimise the risk, and implementing these alternatives would not unreasonably interfere with the normal, expected operation of the airline.”

The analysis in Hussain can be criticised for confusing notions of ordinary negligence (fault theory) with the requirements of the conventions, and the US Supreme Court will review the decision.

Deep vein thrombosis (DVT) case authority may assist on whether an airline’s failure to warn passengers of the risk of 2019-nCoV and/or to take steps to isolate a passenger with relevant symptoms or honour requests by other passengers for alternative seating, might possibly amount to an accident as an unexpected or unusual event or happening.

In the UK House of Lords decision, Deep Vein Thrombosis, the court concluded that airlines are not liable in the UK to passengers who suffer DVT during flights, as it did not quite meet the definition of ‘accident’. In other words, DVT was not an unexpected or unusual event external to the passenger.

Failure to warn of DVT did not meet this test either. Nevertheless, if a passenger begins to show symptoms of 2019-nCoV, cabin crew should take every precaution to minimise the risk to other passengers, providing reasonable alternatives exist (such as moving surrounding passengers to other areas of the cabin).

It is also worth noting that Article 20 of the Montreal Convention (similar language exists in Article 21 of the Warsaw Convention) states that if the carrier proves that the damage was caused or contributed to by the negligence or other wrongful act or omission of the person claiming compensation […], the carrier shall be wholly or partly exonerated from its liability to the claimant to the extent that such negligence or wrongful act or omission caused or contributed to the damage.

By way of example, the French Court of Appeal exonerated a carrier on the basis of contributory negligence towards a passenger who died following a severe asthma attack. The court found that the passenger was at fault for having undertaken the flight without taking proper medical precautions.

Article 14 of the Chicago Convention requires contracting states to take effective measures to prevent the spread by means of air navigation of cholera, typhus, smallpox, yellow fever, plague and such other communicable diseases as the contracting states shall from time to time designate.

The International Civil Aviation Organization (ICAO) promulgates standards and recommended practices (SARPs) in the form of annexes to the Chicago Convention. Standards are generally considered binding on contracting states, whereas recommended practices are not. Annex 9 – ‘Facilitation’ – contains the following relevant provisions:

8.12 Contracting states shall comply with the pertinent provisions of the International Health Regulations (2005) of the World Health Organization.

8.15.1 Recommended Practice. When a public health threat has been identified, and when the public health authorities of a contracting state require information concerning passengers’ and/or crews’ travel itineraries or contact information for the purposes of tracing persons who may have been exposed to a communicable disease, that contracting state should accept the ‘Public Health Passenger Locator Form’ reproduced in appendix 13 as the sole document for this purpose.

8.16 A contracting state shall establish a national aviation plan in preparation for an outbreak of a communicable disease posing a public health risk or public health emergency of international concern.

The above SARPs require implementation by the contracting states. Generally speaking, regulations for the prevention of the spread of infectious diseases by air navigation are governed by national regulations.

In the UK for example, these provisions are found in the Public Health (Aircraft) Regulations 1979. Here, cabin and other flight crew have a responsibility to report to the flight’s commander (captain) if they become aware of any person on board that appears symptomatic of or is suffering from an infectious disease or tuberculosis. The commander, in turn, must notify the authorised officer via radio (or other) of the first customs airport at which the aircraft is to land.

Carriers and other stakeholders are reminded that a person who contravenes the above commits an offence.

The outbreak of SARS in 2003 provided further impetus for ongoing coordination between the WHO and the ICAO. Today, the ICAO produces guidelines in the aviation medicine section of the Air Navigation Bureau for the management of communicable diseases that pose a public health risk.

These guidelines are intended to help contracting states plan for and mitigate against the risk of communicable diseases and public health emergencies. Nevertheless, at present there are limited opportunities for developing a global plan for managing risks posed by communicable diseases. Today, the ICAO and the WHO will likely require a harmonised approach to limiting the spread of 2019-nCoV.

It remains to be seen whether airlines will be exposed to formal claims from passengers who may have contracted 2019-nCoV aboard flights and whether, as with DVT, issues will arise as to what is an accident. Many airlines have meanwhile taken precautionary measures to keep the travelling public informed of the latest health information available, to screen passengers at check-in and prior to boarding, and disinfect aircraft.

Tracing of passengers after flights to enable airlines to ascertain those most likely to have been exposed to risk is complicated by a number of factors: passengers on disembarkation are dispersed widely; there is a two- to 14-day period of incubation; and airline reservation systems may not have sufficient data relating to passengers to give to airline medical staff and health authorities.