By Adrian Ladbury on April 8, 2020  Comments Off on AXA’s Buberl vows to push for creation of state-backed pandemic risk schemes 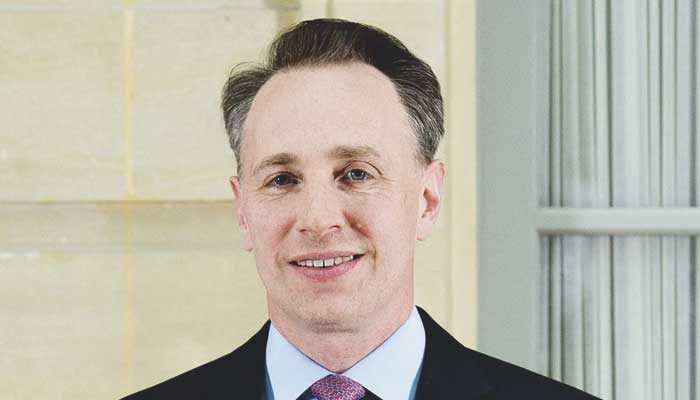 Thomas Buberl, CEO of AXA, has pledged to personally lead efforts by the French insurance industry and others across Europe to create state-backed insurance schemes to provide cover for pandemic risk in the form of public-private partnerships.

In an interview carried out with French weekly newspaper Le Journal du Dimanche, Mr Buberl said AXA is ready to work with the French state and other European countries to create pandemic insurance plans that would meet the financing needs of business during a future health crisis.

Mr Buberl’s comments follow a statement made by the president of the French Insurance Association (FFA), Florence Lustman, confirming it has launched a consultation process to prepare a proposal for government about creating a public-private partnership to cover large-scale health disasters, such as the current pandemic. Similar initiatives are underway in the UK and US.

“We must reflect on the creation of a mutualisation mechanism that can accompany health crises of such magnitude,” Mr Buberl told the newspaper. “Axa is ready to take the initiative to work with the French state and other European states to create a pandemic insurance plan to cover these health disasters, inspired by the one that already exists for natural disasters. It could be 50% owned by the state and 50% by a pool of private insurers. We would collect premiums each year that would be put in reserve. In the event of a crisis, insurers would pay up to two to three times the amount of premiums, with the government taking over. I will take an initiative to move in this direction,” he said.

Mr Buberl also stressed, however, that much more must be done in the area of loss prevention. “One of the lessons from this pandemic is that the world was not prepared enough and did not coordinate enough. However, with global warming in particular, we have before us major changes requiring great preparation and coordinated actions at the global level,” he said.

Mr Buberl added that, beyond the overall impact of the economic crisis, AXA is directly affected by the pandemic in two areas. First, through claims related to illnesses, deaths or cancelled events such as the Olympics, of which AXA is one of the insurers. Secondly, through its financial investments because of a reduction in the valuation of shares.

Mr Buberl pointed out that AXA is not exposed to major business interruption claims because so few companies bought pandemic specific extensions to their existing policies or standalone coverage. Any suggestion that such coverage should be retroactively expanded to include the virus-related losses, as is being suggested in the US in particular, would pose a threat to the viability of the entire insurance sector, he suggested.

“A business can also be insured against the risk of business interruption due to an epidemic, although it is quite rare for a business to take out this type of insurance. However, we cannot cover all uninsured losses caused by confinement. The insurance industry would be in danger if it paid a claim for which no one contributed,” he said.

Despite the financial costs of the crisis, Mr Buberl stressed that AXA is “solid”. “This crisis will not change this situation,” he added.

This solidity means AXA will not currently commit to calls from some regulators – notably the European Insurance and Occupational Pensions Authority – and politicians for companies to stop paying dividends to shareholders, particularly if they receive state aid to help them through the crisis.

On 27 March, French economy minister Bruno Le Maire told BFM TV: “I obviously call on all companies, especially the large companies in France, to show a sense of civic responsibility. Companies that need cash and are asking for state aid cannot, and must not, pay dividends.”

Mr Buberl said he appreciates that those companies taking state aid should rethink their dividend policies, but stressed that this does not necessarily apply to AXA for now. He also pointed to the inconsistent application of these calls by regulators across Europe, which would make implementation difficult.