Be prepared: the key to IPT compliance for non-traditional covers

By Karen Jenner, portfolio director, business development, and Joseph Finbow, IPT assurance director, TMF Group on January 22, 2021  Comments Off on Be prepared: the key to IPT compliance for non-traditional covers 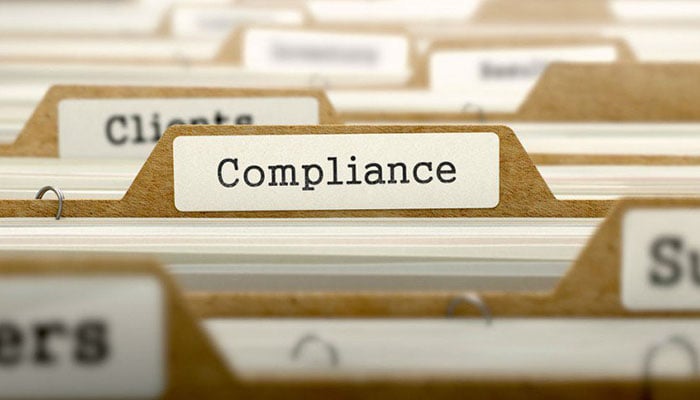 Although the insurance industry has a longstanding reputation of being staid and traditional, alternative risk transfer solutions, including the use of captive insurance companies, have been around for many decades.

Such solutions have not gone without challenge over the years – one cannot forget the implications of the Spitzer enquiries in the early 2000s as well as more recent challenges around the legitimacy of captive insurance companies, especially those domiciled in so-called tax havens.

Until recently, a soft market, where more traditional insurance has provided competitive products and cover, has not been conducive to more creative approaches to risk management. However, the recent transition to a hard market, driving increasing premiums and reduced capacity, has seen the innovative within the industry now exploring new and more established alternative risk transfer mechanisms.

Alternative risk transfer mechanisms
As well as seeing an increase in the establishment of – and extended use of – existing captive insurance companies, risk managers, corporate policyholders and brokers alike are considering other alternative risk transfer mechanisms to manage international risk. As we explore a couple of these, it is important to remember that, for the policyholder, such solutions must not only meet business needs and risk appetite, but the footprint and structure of their business is key to ensure that the compliance obligations of any insurance arrangement can be met.

It’s also fair to say that as we focus on insurance premium taxes (IPT) and other parafiscal charges levied on insurance contracts, increased premiums themselves in turn lead to more significant liabilities, and therefore ensuring their compliance becomes an increasing focus for finance teams, corporate governance and management, or the board.

With this focus on compliance, we are seeing an increase in enquiries from both brokers and corporate policyholders, the latter most notably driven by an increase in the adoption of non-admitted placements over more traditional admitted multinational programmes. This has been most noticeable in financial lines, but is broader than that and where non-admitted cover is provided, responsibilities for premium taxes and parafiscals often shift from the insurance company to the local policyholder. In some instances, this is straightforward, for example where it is a local VAT or GST, but in some territories the taxes due may not be part of the local business’s standard processes – indeed often the local entity is not even aware of the insurance coverage – and they need assistance in settling liabilities.

Deductible reimbursement programmes
Deductible reimbursement programmes are once again increasing in popularity and are most common on compulsory covers such as motor and employer’s liability. In these programmes, frequently implemented across the EU, a balance sheet fund (often considered a ‘virtual’ captive) applies to the retained layer of risk. This frequency layer of risk is to cover anticipated deductible losses to the corporation – ie known incurred annual claims – which, effectively supported through actuarial analysis, confirms no loss transfer takes place.

One key efficiency of this structure is that no IPT is due on the frequency layer, so further reducing overall insurance costs. As there is no insurance contract per se for this retained layer of risk, no premium is charged and no IPT is due. However, as these structures are increasingly used, and for increasingly high values, authorities may start to look at these deals more closely.

IPT laws often do not clearly define ‘insurance’ or ’insurance contract’. In the UK, HMRC is quite clear that there is no statutory definition of insurance but that there are ‘indicators’ of an insurance contract – including it being legally enforceable, with insurable interest, risk transfer and consideration being present – and the insured having a right to payment or assistance under the contract of insurance.

HMRC is also clear that ‘self-insurance’ is not insurance. For example, where the organisation is comfortable that it can absorb the cost of any loss, or even where it sets aside a separate fund or reserves, there is not a contract of insurance and no IPT.

When it comes to deductible reimbursement arrangements in the UK, HMRC’s internal guidance only identifies compulsory employer’s liability as a type of cover where this occurs. Where a tax officer comes across an arrangement that does not specifically meet the circumstance it identifies, and where there is any suspicion that the structure is designed to deliberately reduce IPT, the officer would be required to investigate further and raise it with a specialist team. To date, HMRC’s interest in such programmes has been limited. But as values increase and tax offices attempt to collect more revenue, this is an area tax officers could look to focus on.

Captive deductible buy-downs
Another alternative mechanism to traditional insurance is the captive deductible buy-down. These are a more straightforward structure for compliance purposes. Where the captive provides the buy-down, this is via an insurance policy to its parent or group companies, issued to the limit of the deductible on any overarching commercial insurance placement, and on which IPT would be due accordingly dependent on the risk locations covered. The difference here from a cost perspective is that for a captive programme there will be an increased cost over the previously discussed deductible reimbursement programme, ie the IPT due on the buy-down policy – although the premium is not leaving the group, IPT is normally, unlike VAT, an irrecoverable cost.

Where any kind of cross-border or multijurisdictional policy is introduced, the IPT consequences multiply. Typically, although not always, the tax is due where the risk is located. If we consider that each local policy that has such arrangement put in place could be in a different country (or even state or province within a country), then there are a lot of different IPT regimes and rules to understand and comply with.

This means there is only one IPT regime to consider, and one IPT calculation and declaration. However, there can be some serious practical considerations from a policyholder perspective on a financial interest policy. Perhaps most notable is that any claim is paid to the parent – so a loss incurred locally is technically uninsured. If the parent then needs to inject capital into the territory where the loss physically occurred, it ceases to be a claim payment and can be subject to corporation tax or similar.

In conclusion, as with any insurance arrangement, especially for complex international risk, preparation and research into all the consequences of any risk transfer mechanism are key. One size does not fit all. Differing structures will suit some corporate policyholders more than others and savings in premiums must be considered in line with compliance cost and requirements, to ensure the insurance solution is robust and fit for purpose.