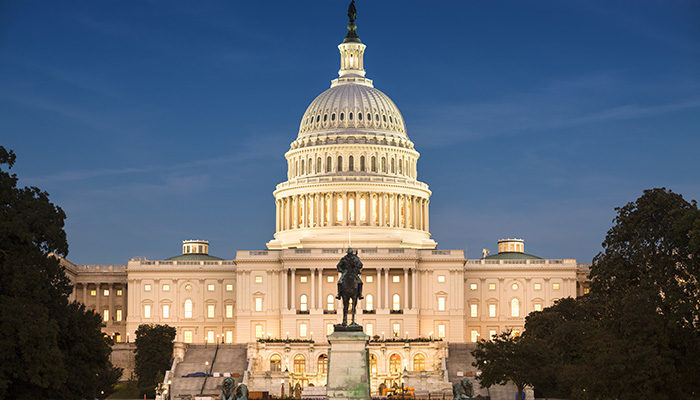 In 2017, the US Congress enacted Internal Revenue Code Section 59A – a new base erosion and anti-abuse tax, colloquially known as BEAT. As BEAT has been in force for a couple of years, it has led to a rethink of how insurers structure global insurance programmes, with various different approaches from the insurance sector designed to manage the impact of BEAT. However, there is still the potential for increased insurance costs for insureds, depending on how insurers manage the impact of BEAT.

Changes to BEAT
As we wrote about BEAT two years ago, (www.commercialriskonline.com/us-tax-reform), BEAT may apply on payments made from a US income-taxpaying (re)insurer to a non-US affiliate within the same group. With the release of the final BEAT regulations in late 2019, relief has been given for claims payments by US (re)insurers to non-US affiliated reinsurers.

There may still be a considerable impact for global insurers if no changes are made to the structuring of their global programmes, in two particular areas:

Risk pooling
When it comes to global insurance programmes, in most cases there is an element of risk pooling, either in the country where the risk has been underwritten, with a number of regional clearing houses or in one centralised clearing house. The advantages of the centralised risk pooling setup have been laid out in this article: www.commercialriskonline.com/simplifying-the-captive-reinsurance-process

BEAT is a challenge for the pooling concept, where the master policy is written outside of the US and the global insurer is using a US affiliate to front a policy locally in the US. With the risk pooling in a non-US-based centralised clearing house, the US insurer may become subject to a BEAT liability at a 10% rate until 2026 when the rate increases to 12.5%.

Example: If a US insurer cedes risks of $100m of annual premium amounts to its non-US affiliates, there could be income tax payable by the US insurer of up to $10m under BEAT for these transactions, assuming the insurer has zero profit in the US.

BEAT mitigation strategies
Insurers are trying to mitigate their BEAT exposures and have come up with different solutions for international programmes. We have seen a range of different approaches where we are a reinsurer on such programmes outside of the US. For example, insurer ‘A’ writes an international programme from Germany, and their subsidiary ‘AS’ in the US issues a US local policy. In the traditional model, the US policy is ceded from the US subsidiary ‘AS’ to (re)insurer ‘A’ in Germany and from there retroceded, together with the rest of the global programme risk, to the participating reinsurer ‘RI’. However, the US subsidiary ‘AS’ may now be subject to BEAT.

One option offered is to keep the cession flows unchanged but with the potential BEAT cost passed on from US subsidiary ‘AS’ to (re)insurer ‘A’ in Germany and from there to the participating reinsurer by adding the potential tax (10% of ceded premium) to the reinsurance commission. While this would provide a consolidated cession and view on the reinsured programme risk, it would lead to a reduction in the reinsurance premium for the participating reinsurer ‘RI’.

Another option we have seen is where the participating non-US reinsurer ‘RI’ receives a cession directly out of the US, therefore without retrocession via (re)insurer ‘A’. Such a transaction would not be exposed to BEAT but if the non-US reinsurer ‘RI’ is deemed to be an unauthorised reinsurer in the US, it could be subject to a 100% collateral obligation in favour of the US insurer ‘AS’ on reinsurance reserves, which would drive up the cost for the participating non-US reinsurer ‘RI’. Alternatively, the US insurer ‘AS’ could accept a statutory reduction to its surplus balance, in other words increasing the cost of capital.

If a global insurer continues with its traditional model, it may have large BEAT exposures, and these increased operational costs are likely to be passed on to customers. Some of the alternative models, such as direct cessions from the US to a non-US reinsurer, might require additional collateral as well as an additional reinsurance contract (one for US risk, one for non-US risk).

US taxpayer solution
Where an insurer has a centralised pooling setup, as Zurich does, BEAT may be a challenge for some of the many benefits or efficiencies of this approach. A possible solution to this challenge could be the use of an affiliated reinsurer outside of the US that has a US tax base.

A US insurer’s cession to such a reinsurer is not exposed to BEAT because said reinsurer is a US taxpayer. This approach is acceptable from a US tax perspective because the profit is taxable in the US.

This setup can solve some of the challenges highlighted with the proposals described above. Providing that the global (re)insurer has enough capital as well as a sophisticated centralised pooling setup in place, it will allow it to minimise the impact of BEAT to programme reinsurers such as captives by:

As outlined above, without such a solution, there either may be one cession for the US risk and one for the non-US risks, hence two incoming cessions and two reinsurance contracts to sign and two bordereaux to handle for the non-US reinsurer, or BEAT may be incurred as an additional cost.

The aim of this solution is to minimise additional cost triggered by BEAT, make the resulting change as seamless as possible for customers and reinsurers, while ensuring efficient operations of international programmes. It requires a global (re)insurer with strong capitalisation, a strong system and an organisation that is experienced in dealing with global programmes.