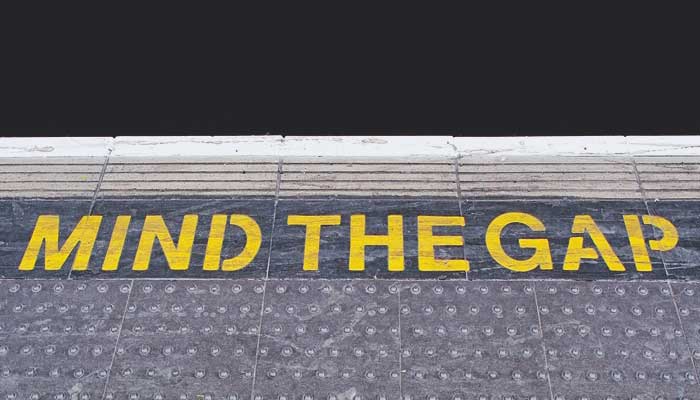 A more complex and interconnected global risk landscape is presenting businesses with new and emerging exposures. As companies expand into new or developing markets or alter their supply chains, sourcing goods and services overseas, a whole new plethora of risks opens before them and its understanding and mitigation is crucial for their success.

For example, environmental risks remain a key concern for multinationals. Extreme weather was the greatest risk of concern highlighted in this year’s WEF Global Risks Report 2019, after the worst year on record in terms of natural disasters. The economic cost of natural disasters in 2018 reached $225bn, according to Aon Benfield, of which $90bn was covered by insurance. Due to global supply chains, an event in one country can produce impacts in another.

At the same time, the increasing importance and dependence on technology across multiple countries creates additional complexity for companies. As a peril, cyber has no respect for international borders, as major ransomware attacks such as WannaCry and NotPetya have demonstrated. Technology is enabling new opportunities, changing age-old business models and changing our lives in ways that we haven’t yet fully understood.

It is undeniable that there has always been a gap faced by organisations between the risks they face and the protection that is offered by the insurance industry. But that gap would seem to be growing with the pace of change we are all facing.

At the same time, the level of insured losses in recent years is creating a hardening of the market, which in itself is widening this protection gap still more, as companies need to pay more for their coverage, have wordings reviewed and, in some cases, simply lose access to coverage altogether.

Captives can play an important role in closing this gap.

The protection gap is partly around coverage that is perceived as being too expensive, i.e. the gap between what is commercially available to an organisation and the price it is willing to pay. It also applies to terms and conditions; as wordings become more restrictive, it makes sense for a captive to play an increased role, not least because the non-covered risks (or risks that are deemed too expensive to transfer) are already retained by the parent. If they choose to, captives can write these risks without the policy restrictions that are applied by the traditional insurance market.

Intangible Risks
Assets on the balance sheet are changing from physical to intangible, and risks such as reputation and supply chain are areas where traditional insurance cannot always provide a complete solution for the level of exposure faced within complex entities. There are also cyber exposures to consider in a rapidly evolving market, with affirmative coverage discussions being top of mind.

With the current insurance market, there may be less of an interest in expanding into these areas when there may be more opportunity in traditional, standard lines. If the traditional market is unable provide a complete insurance solution, it is necessary to determine the appropriate role for the captive in addressing that protection gap.

Coverage innovation can come from captives. For example, when it comes to non-damage business interruption, retail businesses are putting parametric triggers on some of their policies. This gives protection to a retailer when extreme weather (either a winter too cold or a summer too hot) affects footfall and, ultimately, sales. In such cases, a captive can play a vital role in providing protection for volatility in the parent’s operations.

The captive may not be able to expand coverage from a limit perspective but it can certainly push the boundaries in terms of wordings. The aim is to try to set the scene for the existing commercial market to go beyond what is provided currently. By incubating the risk in this way, the captive gathers valuable data that can form the basis for enabling the commercial insurance industry to become involved at a future point.

Gathering Data
The challenge for the insurance industry is that there is limited data available for many of these risks. But by using the captive, an organisation can start to track key indicators that wouldn’t ordinarily be tracked and use the intelligence gained as a way to understand the exposures better and make more informed decisions about how to manage and finance the risk. The process is gradual but as the market matures and becomes more predictable, it is likely to drive interest in addressing these risks via the traditional market.

Captive owners, the organisations themselves, have greater ability to use their confidential operational data to understand the risks faced. They can draw upon the right people to understand and contextualise their own risks, and are able to derive data from different parts of the organisation, departments and locations. This could include regular operational, quality control or audit data that usually would not form part of the submission information an insurer would ask for.

Once the risk is formalised in a captive, an organisation is more likely to be proactive in gathering the relevant data from around the various operations of a multinational into one centralised place. So the captive is an ideal vehicle for capturing and centralising the data for these non-traditional risks to be used as a statistical base, with the ultimate aim of being a catalyst for new products or new market standards.

An organisation will in any case have to carry the risk but, by putting it through the captive, it can make a difference in terms of potentially creating a market and helping to close the organisation’s protection gap.