Could the US opioid epidemic be contagious? 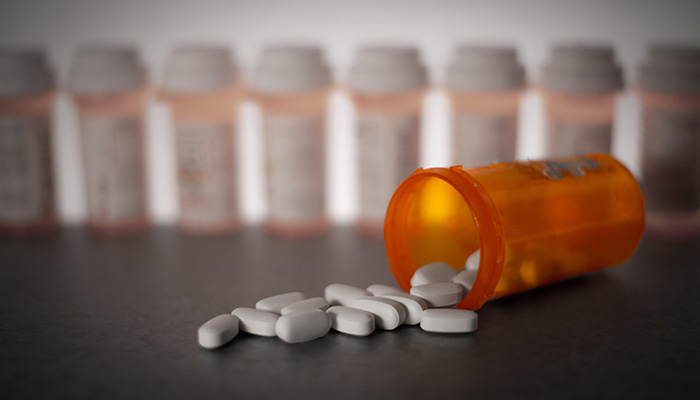 The US is in the middle of an opioid epidemic, causing an estimated $504bn of economic damage and resulting in countless deaths. Risk managers in the pharma sector should be watching carefully as remedial action is being taken to address the health effects of this national crisis, and as enforcement and litigation is also beginning to ramp up. While the crisis has not yet been exported internationally due to current prescription practices and usage levels, the rest of the world is beginning to take note.

In the US, all layers of government organisations have brought lawsuits against opioid manufacturers, distributors and prescribers, who it is alleged misrepresented the addictive risk of the drugs. The recent surge in suits seeks to recover the costs associated with treating addiction and overdoses.

About 2,000 such cases are currently consolidated in federal multidistrict litigation in Ohio set to start in October, with hundreds of additional cases ongoing in federal and state courts.

There have already been settlements across various states, as pharmaceutical companies seek to buy off the risk. Earlier this year, Purdue Pharmaceutical and Teva agreed settlements of $270m and $85m respectively in Oklahoma. Johnson & Johnson resisted settlement before trial and was ordered to pay more than $570m.

US regulators are also showing their teeth. UK company Reckitt Benckiser recently agreed to pay the Federal Trade Commission (FTC) up to $1.4bn, following a long-running investigation into how a subsidiary (Indivior Inc) marketed a drug (Suboxone Film) used to treat addiction. Allegations included falsely promoting Suboxone as being less addictive and safer around children.

The size of this settlement appears to have been a reaction to criticism that settlements with regulators have historically been too small to impact companies’ bottom lines. More FTC suits are expected, with the expectation that future settlements will be similarly punitive, particularly in light of increased scrutiny internationally.

Directors and officers are also targets of securities class actions and shareholder derivative lawsuits related to marketing, sale, distribution and dispensing. Reckitt is also in the firing line here, with a municipal retirement fund for police officers and firefighters pursuing the company, claiming that as a result of the FTC settlement and Department of Justice indictment alleging fraud in relation to the drug, the stock price fell 6%. Similarly, Purdue is expected to file for bankruptcy protection imminently.

Class actions are also beginning to surface, seeking compensation and medical monitoring costs for patients who were injured after using these drugs. Purdue has already settled a Canadian OxyContin class action brought by 2,000 Canadians for $33m. Thus far, organisations have looked to their commercial general liability policies, but other policies could be triggered, including product liability. Coverage disputes with insurers are emerging.

Regulation to counter the effects has begun, with Rhode Island set to enact three Bills seeking to limit first-time opioid prescriptions, mandating warning signs at pharmacies about the dangers of opioids and prohibiting life insurance companies from denying or limiting policies for people with a prescription for opioid overdose-reversal medication. The state is also creating a $5m annual levy on opioid manufacturers for addiction prevention and treatment programmes.

While not yet national emergencies, the rest of the world is watching with interest, with the EU and Australia reporting increases in prescriptions and overdose rates (albeit at a comparatively modest pace). However, the litigation risk is not likely to be as high. Historically, patients in these jurisdictions are only provided opioids as a last resort, which together with distribution via national healthcare systems ensures tighter control of supply.

These jurisdictions are already subject to tighter regulation than in the US. However, steps are being taken to stem the tide. Australia is developing an electronic reporting system, allowing doctors to monitor the supply of prescription medicines. However, delays in implementation are likely to result in continued health impacts and death rates in the meantime, creating a continuing potential risk, particularly if rates continue to climb.

The UK’s National Healthcare Service (NHS) means that statistics can be tracked, allowing prescriptions and any concerning trends to be reviewed and remedial action to be taken before problems escalate. However, with recent concern regarding some of the NHS’s prescription practices, it was announced earlier this year that all opioid medicines in the UK will be required to carry prominent warnings on their labels saying they can cause addiction.

Public Health England has recently published an evidence review suggesting that long-term prescribing of opioid pain medicines occurs frequently and is not in line with the guidelines or evidence on effectiveness.

Therefore, there remains the potential for negligence claims against doctors or the NHS if opioids are prescribed prematurely or unnecessarily.

Group actions should also not be discounted if there is proof the manufacturer deliberately concealed the addictive properties of their drugs.

While jurisdictional, procedural and other criminal issues are resolved in the US, it may take some time before the plaintiff lawyers in other jurisdictions focus their attention on this potential class of claim.

Could the US opioid epidemic be contagious? added by Liz Booth on September 11, 2019
View all posts by Liz Booth →