Conditions are easing for global programmes but there are still many challenges ahead and insurers are warning that things may not improve much in the next year, which may well explain the continued growth in the captive market. That is according to speakers at Commercial Risk’s latest conference, ‘Managing global programmes in a changing world’.

In a session on market conditions, Clarissa Franks, UK placement leader, Marsh, said average rate increases are reducing on most lines, with the exception of cyber. She said she is not saying the market is softening but she is seeing a broad range of outcomes and achieving rate reductions for some programmes and increases on others, but generally the trend is getting easier. “It feels like a much easier trading environment to me in most areas of the market,” she said.

For example, on D&O, a troubled line in the last couple of years, she said clients were beginning to be able to build towers of capacity again, so there is more confidence in the market.

Inflation to keep market hard
However, insurers were less positive. For example, the keynote speaker Andreas Berger, CEO of Swiss Re Corporate Solutions, told delegates that ever-rising inflation is set to lead to further P&C market hardening as insurers face up to higher claims and ensure they avoid a liability crisis similar to the 1980s.

Berger warned risk managers that the insurance market will need to harden in both liability and other P&C lines to avoid the market getting into trouble again.

“We expect claims inflation to impact P&C insurers’ profitability in 2022, leading to further market hardening in 2023. That is at least what the models say at the moment,” he said. “In the face of rising inflation we must avoid the trap of reduced premiums, because we always have to make sure that inflation is factored into our costing and reflected in pricing,” said Berger.

And Tony Hills, client executive, QBE, said market conditions have eased, and broadly the pace of increase is lifting. But he also warned that the impact of high inflation would mean insurers will not have the returns from the investment side of the balance sheet to supplement any underwriting losses, as many insurers de-risked previously by moving out of equities into bonds.

Differentiation and data
Elke Vagenende, global head of multinational, AIG, said the result of all of this was a trend towards differentiation, between those who actively manage the risk and want to work together with insurers on the data and risk information, and those who don’t. She said the latter will struggle.

“I think it is important to pay more attention to data,” she said. “There will be more questions, and all that information is increasingly used on the underwriting side.” She said risk managers that don’t have the data should think about how they can obtain it, because it will be extremely difficult in coming months and years to get what they want without a clear understanding of how their company operates.

Bart Smets, head of insurance and risk at Umicore, agreed, saying the more information that can be provided the better. “Much more information is required to get good pricing. The more information you can share with your insurer, the better. Don’t be reliant on just basic information or data that you get from brokers. Try to explain to the market what your intentions are in the next five years or so, and that is crucial to getting a good deal,” he said.

No shift in market?
Despite the moderation in price increases, Hills said he believed that in 12 months’ time, the market will be in a very similar situation. He said all the features that led to the current situation, such as Brexit, a drop in economic confidence, a deterioration in prior underwriting performance, continued increase in nat cat events, claims inflation and social inflation, are all still around, and added to that now has been the war in Ukraine. “I would question whether we will see a fundamental shift in the way the market is going to operate over the next 6-12 months,” he said.

In response, Smets said the market needs to be careful that it doesn’t continue to push prices higher and reduce cover too much: “Groups will start to consider whether it is useful to take out insurance or should we take the risk on our balance sheet? It might be a turning point for the market.”

Record-breaking time for captives
Captives have clearly been booming in recent times. Another session at the conference heard that companies are increasing retentions and making use of captives to fund those retentions.

Robert Geraghty, senior vice-president, international sales leader, Marsh, highlighted the growth in captives, calling it a “monumental, record-breaking time for captives”. He said 200 new captives have been set up in the past two years by Marsh clients, while existing captives managed by the broker have seen a 25% increase in gross written premiums in the past two years to $68bn.

Stephen Morton, multinational head of complex accounts, AIG, said: “Risk, and the unpredictability of risk, is on the up, and as a result, retentions are on the up. A captive is a long-term strategy and is accretive to the benefits of a multinational programme… Captive retentions have definitely increased, due to a lack of capacity and a requirement of higher deductibles.”

He said he has seen captives not just playing in the traditional primary buffer layer, but also sitting in excess layers where additional capacity is required, with an ‘upside-down’ structure where the first layer is taken by the re/insurance market and the captive sits on top. Morton noted that captives are also being used to fill holes in the various programme towers where capacity is not available or deemed too expensive.

He said he has seen quota share participation become more prevalent, and seen captives used to reduce coverage gaps as a result of narrower policy terms and conditions or to increase sub-limits, and to manage some of the newer risks such as future pandemics. He concluded that it is a record time in terms of captive feasibility studies and the potential for captives “is at a peak”. 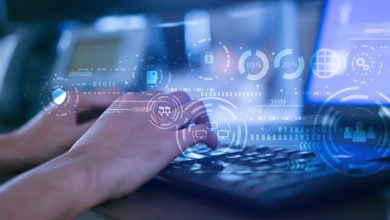 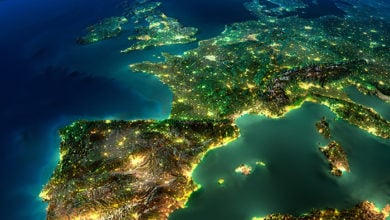