By Ben Norris on April 27, 2021  Comments Off on Ferma asks insurance industry to join forces with buyers on finding pandemic solutions 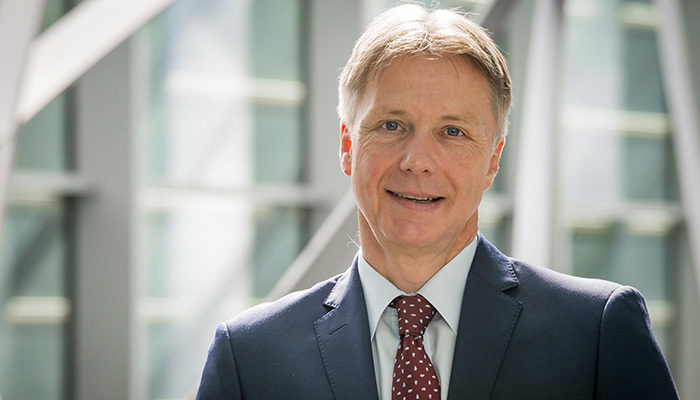 Ferma has called on the insurance industry to work with risk managers to drive a pan-European risk transfer solution for pandemic and wider non-damage business interruption (NDBI) risk, amid concerns that momentum has slowed and insurers aren’t taking the lead.

Speakers at a recent OECD event, including Ferma’s president Dirk Wegener, fear that moves towards government-backed public-private-partnerships (PPPs) to tackle pandemic risk across Europe and at EU level have stalled. It seems that on the one hand governments have put the idea on the backburner as they fight new waves of Covid-19, while other stakeholders have got bogged down in details over how such schemes should work. Some suggest that governments are waiting for insurers to take the lead and vice versa, leaving things in stalemate.

The majority of European countries have begun discussions on potential PPPs to pick up BI losses for infectious diseases. However, more than a year on from the start of the pandemic, no national or European solution is in sight.

In fact, Switzerland recently dropped its plans to develop a public-private pandemic insurance scheme that was going to be based on private insurers assuming a portion of claims and a state-backed reinsurance arrangement.

“There is concern that we have lost momentum – there are other more important priorities than this, at least in some countries, unfortunately,” said Mr Wegener during the OECD event, held in partnership with Marsh McLennan.

He subsequently told Commercial Risk Europe that it is “unfortunate but understandable” that proposals for a catastrophe risk resilience scheme seem to have lost momentum at European level because of continuously rising Covid-19 infection rates, vaccination programme challenges and ongoing financial losses.

However, Mr Wegener stressed that the risks have not gone away and added that “we need to make a start” on working towards a solution.

“We need to start to walk before we can run. Minor progress in the right direction is essential at this point,” he told the audience at the OECD event.

Ferma believes that national pandemic PPPs could be useful for European risk managers but will likely only provide part of the solution for the European single market.

It therefore reiterated calls for a pan-European scheme for pandemic and eventually wider systemic NDBI risks, and is “convinced” the EC will turn its attention back to this issue “in time”. Ferma will continue lobbying efforts to encourage its creation.

Mr Wegener said it will take a while to create a European catastrophe resilience mechanism but he told CRE the time has come for insurers and risk managers to start working more closely together on the issue, to drive things forward and thrash out some details.

“Our proposal is for a public-private partnership that has good risk management and an insurance mechanism as its foundation. Ferma, therefore, now calls on the insurance industry to work with corporate risk managers to develop the fundamentals of a European catastrophe resilience scheme,” he said.

“It is in both our interests to create a framework of state-of-the-art risk management measures to mitigate the financial impact of non-damage business interruption for catastrophe risks. The insurance industry has knowledge and expertise that it can deploy. Ferma wishes to work with insurers as part of our long partnership,” he added.

Greater collaboration with insurers would allow Ferma to continue advocating the need for a solution with key parties such as Eiopa, and then get buy-in from governments and the EU once they are able to get on top of the current Covid-19 pandemic and give future solutions more attention.

However, Mr Wegener told the OECD event that although the insurance industry does not have the financial means to cover the impact of a pandemic, it “would be good if they were more enthusiastic about being part of a solution”.

He complained that the insurance industry is “downplaying” its role and capabilities to deal with events like the pandemic.

“We believe they can do much more than providing financial support. There is also a vast amount of technical intelligence and expertise in assessing risk, calculating risk and modelling risk that can be helpful and instrumental in offering a product that incentivises proper risk management, and to support the ultimate goal of building resilience in society and the economy as a whole,” he added.

Other experts taking part in a panel debate at the OECD event explained that proposals for government-backed pandemic insurance solutions are in a “stand-off”. Despite a broad consensus on the need for a solution, there is little agreement on how to structure national schemes or whether an EU-wide scheme is feasible and how it could be achieved, the panel members said.

Progress on creating pandemic PPP solutions has slowed, according to Ivo Menzinger, head of Europe, Middle East and Africa at Swiss Re. “It is clear that we have lost momentum… and are in a difficult situation,” he said.

And part of the problem, as suggested by Mr Wegener, is insurers aren’t grasping the nettle.

Someone “needs to take the lead”, otherwise insurers will miss the opportunity to play a social role, Mr Valenti warned.

“The big players have not yet declared their availability to participate economically in the risk, while national governments and international institutions are waiting for the insurers to play their role. We need someone to make the first step. At this stage we are far from having a technical answer, but there should be a capital answer given by the big players at this stage,” he added.

Marsh’s risk management leader for continental Europe, Carolina Klint, told CRE that insurers have a big role to play in finding a solution but some are more enthusiastic about the feasibility of potential schemes than others.

“Insurers have a key role in bending the risk curve and making our societies more resilient to future pandemics. They therefore play a crucial part in moving the discussions along, bringing their expertise to the table to find innovative and future-proof solutions. We see differing levels of enthusiasm in the (re)insurance space regarding the feasibility of setting up PPPs and insuring pandemic risk,” she told CRE.

However, Ms Klint added that (re)insurers from across the spectrum are joining discussions, as demonstrated by their involvement in the OECD and Marsh McLennan event. Marsh believes there is still momentum for, and interest in, creating national and pan-European public-private pandemic risk transfer mechanisms across Europe and at EU level.

But solutions are going to take time to devise, discuss and implement, especially because parts of the world are dealing with third or fourth waves of the pandemic, said Ms Klint.

As countries and regions slowly ease out of the current Covid-19 crisis and start to return to normal, Marsh expects discussion to move much more quickly once again. But Ms Klint said discussions will only move as fast as the slowest stakeholder and it is key for governments and industry to be proactive in finding solutions.

According to Nicolas Jeanmart, head of general insurance at trade body Insurance Europe, a consensus is emerging within the insurance industry. “Pandemic is not an insurable risk and there needs to be some sort of public-private scheme with respective responsibilities and roles [for government, insurers and insureds],” he said.

But while there is a consensus for the need to act, there is no agreement on the structure of potential schemes, according to Mr Valenti. The various players have differing views when it comes to the “tough questions of who, when and how”, he said. “In different countries we see different views and approaches depending on their own experiences of [nat cat] pools,” he added.

Some of the key issues being discussed are around the scope of business interruption PPPs – such as whether to cover large corporates – and the feasibility of a pan-European pandemic solutions versus national pools. Another hot topic is whether existing nat cat and terrorism pools can be expanded to include pandemic risk, or whether new pandemic-specific PPPs will need to be established.

Mr Jeanmart believes pandemic solutions would have to be an “entirely new mechanism, created specifically to deal with pandemic risk”. He also believes that a European scheme is possible and even desirable, but faces political and technical challenges.

EU insurance regulatory body Eiopa acknowledged last year that the EU has a role to play in heading off divergent approaches, as some countries plough ahead with their own proposals. Its chairman Gabriel Bernardino said the EU could provide a final layer of financial support for national insurance pools or create a blueprint to encourage countries to set them up.

Ms Klint said there was “a lot of excitement” at the end of last year about a pan-European approach to pandemic risk and insurance. Although the initial excitement may have tempered, she said the EC is still assessing issues related to the lack of pandemic coverage for larger businesses and SMEs.

She said the EC is exploring the “feasibility of coordinated action at EU level in the medium term, including reflections on enhanced forms of management and coverage of future pandemic risks”.

“The clear interest from the European parliament as well as key stakeholders in the insurance industry indicates that there is a lot of support for the European Commission to put forward ideas on how we can deal with the pandemic protection gap moving forward, leveraging the interconnectedness of the single market,” said Ms Klint.

There is also a case to be made for including other forms of systemic BI risks in pandemic solutions.

“It absolutely makes sense to look forward to the next risk to hit society, which may not be a pandemic and could be something else. There is an obvious array of risks that would lend themselves to be considered that are similar in terms of who is affected and in terms of loss. Cyber obviously comes to mind, but also prolonged power outage,” said Mr Menzinger.

Ferma favours a pan-European PPP for systemic BI risks that goes beyond pandemics. Mr Wegener said any PPP could initially focus on pandemic risks but should “strategically” have the ability “to open up to other systemic risks”.

Mr Menzinger agreed: “The economic and political argument may be to keep the scope narrow and more manageable, and to address the current issue, and let’s design something that we can build on in the future. Let’s not overload the system by trying to cram everything into one scheme that will never see the light of day.”

Mr Jeanmart warned that adding additional systemic BI risks like cyber would add an “element of complexity” and may delay discussion.