The French government appears to have recently embraced the captive concept, while Lloyd’s confirmed earlier this year that it is looking into the potential for hosting captive insurance companies in the market again. Does this represent a sea change in the market with greater acceptance of the captive concept and possibly other countries following suit? Or are they just headlines that will have little impact on the market?

Earlier this year, a senior executive within the French Treasury department confirmed its plans to help make it more attractive for bigger companies to use captives. Lionel Corre, director of insurance at the French Treasury, told French risk managers during Amrae’s virtual conference that the proposals, first made public by the French government in December 2020, were being finalised with the aim of making it easier to set up captives.

He said that on the fiscal side, captives require a more beneficial tax treatment than they currently have in France, to enable them to efficiently build up reserves over time. It would seem that Luxembourg is the preferred model, with some element of equalisation reserves.

Francoise Carli of Zakubo Consulting said the French government has recently been active on insurance and captive matters. “There are important aspects, such as reserving processes or tax impact on reserves, which have been on the table to try to attract or pull back French multinational captives to France. On top of that, the Covid situation and the hard market pressure have made this topic even more interesting. Although this is not done yet, it is a clear signal given to the CAC40 companies that the captive system will change in the coming months and it should be seen as a new opportunity for French business to consider.”

She added however: “I believe that this is highly political and therefore French only: other European countries have already set up solutions that are efficient, like the equalisation reserve in Luxembourg.”

Real interest
Captive managers have responded with caution and are waiting to hear the detail. Claude Weber, captive consulting leader, continental Europe, Marsh Captive Solutions, said there seems to be a real interest from all the stakeholders to have a captive regime implemented in the near future, but believes that the success will largely depend on the conditions to be applied.

He highlighted several aspects that need to be considered in the legislation:

If these elements are not adequately addressed by the captive legislation, the chances of success could be quite limited, he added.

Mike Matthews, commercial director – international at Artex, says the devil is in the detail and he would need to see how the initiative is implemented at a grassroots level. He notes that Lloyd’s tried in the past to attract captive business onshore but failed due to the unacceptable bureaucracy and cost structures. “By comparison, Dublin, Malta and Luxembourg succeed in this area – who’s to say France and other European countries can’t follow suit? If it is a genuine effort to create a solution that works for captives, then why wouldn’t it be a success?” he adds.

Derek Bridgeman, managing director of SRS Europe, says: “The French initiative is quite interesting in that although this has been mooted at various times over the years, it would appear that it has never been closer. The indications are that the relevant French authorities are considering the implementation of a carve-out and a proportionate regulatory regime for which captives in France can operate under. Naturally, this presents an opportunity for French corporates to establish new captives in France going forward.”

The hope is that any legislative moves will be tabled along with the 2022 Budget in September, and that the new rules will kick off by January 2023.

Lloyd’s looking at captives (again)
Lloyd’s’ recent push into the captive space was confirmed in February 2020, when a Lloyd’s spokesperson said: “Lloyd’s has had the ability to host captive syndicates since 1998. Recent changes to the regulatory environment and the Future at Lloyd’s strategy have stimulated a review of this capability. Lloyd’s believes that its unique structure, rating and licence network provide the basis of a valuable contribution to the captive market.”

Lloyd’s’ last foray into the captive market resulted in just one captive syndicate being formed, in 1999, but then put into runoff in 2000 following a parental merger.

Peter Carter, head of the global captive practice at Willis Towers Watson, says the move is likely to attract multinational companies, “to consolidate their captives to the London platform to take advantage of Lloyd’s’ global footprint with licences that in turn could simplify their renewals and reduce fronting costs of existing approaches”.

Marsh’s Mr Weber agrees that the structure being proposed by Lloyd’s could appeal to large multinationals that need to issue policies around the world, but is less likely to appeal to smaller companies looking for monoline solutions where a single parent captive or a PCC structure may be more appropriate.

Jonathan Drake, partner, regulatory, compliance and investigations, DWF Law, says he believes it could potentially have a significant impact. “There is support for reviving the concept among the third-party syndicate management community, and the concept chimes well with the Lloyd’s vision for transformation through its Blueprint One and Blueprint Two strategic plans. The worldwide licensing advantages that Lloyd’s enjoys could be very attractive for companies with global reach and complex insurance programmes,” he said.

Artex’s Mr Matthews notes that Lloyd’s tried this once before and failed due to issues related to bureaucracy and costs. “If these, and concerns around the compensation fund, can be resolved under the new initiative, then the ability to issue policies globally, in place of costly and increasingly scarce fronting options, will be a very attractive proposition for some captive sponsors, albeit only the very large ones,” he says.

As for other countries following France’s lead, who knows whether a post-Brexit UK would look to encourage captives? But captive managers suggest that there are a number of other countries considering following France. For example, there are currently discussions on a captive regime in Italy. It has indicated that it would be open to a proportionate approach to captives being domiciled there, but as to whether any of these countries can implement a captive regulatory framework that will make it cost effective from an operational perspective, the jury is still out.

Dealing with the Brexit afterburn

The D&O headache for multinationals

Dealing with the Brexit afterburn

The D&O headache for multinationals 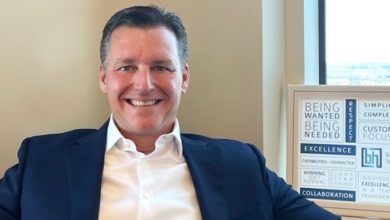 BHSI moving into leadership phase as growth picks up pace 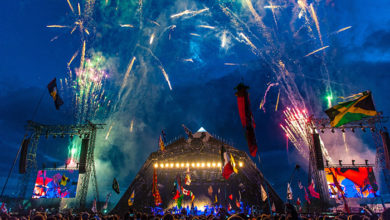 When the show won’t go on 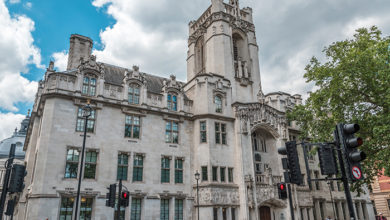 Pandemic – an NDBI risk too far 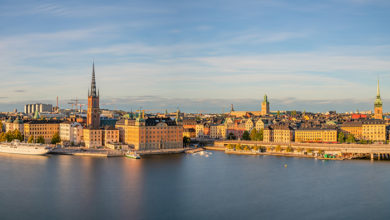 August 4, 2021
Back to top button
Close
Log In
Our next conference: