The world will be more unstable, less cooperative and more prone to crises this year, with the risk of interstate conflicts higher than it has been for decades, warns Risk Advisory’s Strategic Outlook 2021.

The risks consultancy’s report says that the global security and geopolitical outlook is broadly worsening this year in North America, west and central Africa, south Asia and Asia-Pacific, as well as Latin America and the Caribbean.

Risk Advisory has assigned a consistent outlook for Europe, Eurasia, east and southern Africa, north Africa and the Middle East.

No regions were given an improving global security and geopolitical outlook by the risk experts, which draws upon a mixture of data analysis, political science and risk assessment to make its predictions.

While the overall outlook in Europe is consistent with last year, many European countries fall into the worsening category. Among them are Germany, the UK, France, Belgium, Italy and Spain. The others are Bulgaria, the Czech Republic, Ireland, Poland, Slovakia, Hungary and Romania.

Risk Advisory’s Strategic Outlook 2021 says the coronavirus pandemic has raised the geopolitical stakes. It has also laid bare deeply dysfunctional relations within and between countries, as well as the state of governance worldwide, the firm adds.

While vaccinations will help countries reopen for business, they are likely to be as much a source of political rivalry as they are a solution, it warns.

And more broadly, it says that rather than binding the world together in a common cause, the coronavirus crisis has had the opposite effect. “Discord and vulnerabilities in a global system of complex interdependencies have been exposed. The world will not be the same as it once was,” says Risk Advisory.

The experts warn that, fuelled by Covid-19, the risk of interstate disputes and conflicts across the world in 2021 is likely to rise towards levels not seen in decades. Relations between the most powerful actors in the international system are at their “lowest ebb since the Cold War”, it adds.

“The most significant deterioration and the greatest geopolitical risk is between China and the West, particularly the United States. Relations between Russia and the West are mired in mistrust and hostility. Strategic competition between China and India is rising sharply. Arms control is at a historic low, while defence spending is rising. And rivalries among lower-order powers are festering, with responsible mediation of conflicts as absent as regional meddling is often obvious,” says the outlook.

It adds that in this more adversarial landscape, new geopolitical fault lines are emerging and old ones are more liable to flare up.

“War between the US and China is still improbable, as is war with Russia. But intensifying competition between the three, particularly the US and China, is unsettling the global balance and making crises involving second- and third-tier powers more likely,” it says.

The Strategic Outlook 2021 warns that a “burst” of social unrest and upheaval is likely in Europe during the second quarter of 2021. But the region must first contend with a period of relative stasis, as most countries remain under restrictions or lockdowns due to Covid-19.

It adds that hostile states such as China and Russia are likely to use this time to position themselves to profit from instability when lockdowns lift.

“This would bring a range of operational and strategic risks, from activism and terrorism to governance failures and even the nationalisation of key industries. But at the same time, the EU is likely to find a new sense of purpose amid the crisis,” says Risk Advisory.

The outlook says that the socioeconomic impacts of Covid-19 are already feeding into anti-government sentiment in much of Europe. Large protests and bouts of unrest are most likely in Czech Republic, France, Romania, Spain, the UK, and to a lesser extent Italy, according to Risk Advisory. All these countries had large protest movements before the pandemic, and their healthcare systems and economies have been among the hardest hit. Risk Advisory says there are also signs of an accompanying rise in activism from anti-liberalist extremists across the political spectrum.

It believes it will only be around April or May that these movements gain significant traction on the streets. This is partly because of restrictions on gatherings and high Covid-19 infection rates deterring many people from taking part. But Risk Advisory also forecasts that much of the state financial support for businesses and individuals will come to an end around the spring.

It adds that the EU appears to see the pandemic as a watershed moment to regain a sense of mission, particularly following the lessons of Brexit. Risk Advisory therefore forecasts greater harmony between member states in 2021, as they work to defend the bloc against a range of pressures. The economic downturn and protection against hostile states, particularly China and to a lesser extent Russia, are set to be the biggest focus.

A new willingness among EU states to cooperate includes accepting “highly controversial mutualisation” of debt, continues Risk Advisory. As a result, it believes there is a strong chance of the region avoiding liquidity and fiscal issues. This would help prevent bouts of unrest spiralling into more severe security or political crises.

The major exception is the UK. Combined with the added uncertainty of Brexit and disrupted trade, Risk Advisory therefore thinks the country will likely fail to stabilise its economy this year.

Risk Advisory also forecasts that EU member states will make gradual steps forward on forming a common security strategy in 2021. “This would set the region on a longer-term track of asserting greater independence from the US on foreign and military policy, even with renewed efforts for engagement from the incoming Biden administration,” it suggests.

The risk experts predict that new US President Joe Biden will focus on rebuilding trust in the US government at home and abroad in this year.

It says that Donald Trump’s foreign policy, and response to issues such as the Covid-19 pandemic and racial inequality, have undermined confidence in US institutions at home and those it leads internationally. “A strategy of repair and signalling a new and very different era is likely to preoccupy Mr Biden in 2021,” says Risk Advisory.

In Eurasia, it warns that Turkey and Russia are on a trajectory that will put them at odds this year.

“Both are seeking greater relevance on the world stage, and corporations are likely to get caught up in diplomatic spats between them and with western countries. Covid-19 has also undermined regime stability in several authoritarian states in central Asia. We forecast bouts of unrest and coup attempts in central Asia this year. While further west in Ukraine, we anticipate a political crisis and a potential intensification of the civil conflict and tensions with Russia,” the firm says.

Its Strategic Outlook 2021 forecasts widening disparities in west and central Africa, which are is likely to face severe economic and social costs in 2021, caused by the Covid-19 pandemic.

It warns that oil exporters are exposed, with negative GDP growth prospects in 2021 contributing to rising insecurity and uncertainty in Cameroon, Gabon, Nigeria and the Republic of Congo particularly.

In-demand commodities like gold, cobalt and cocoa will probably insulate Ivory Coast, the DRC, Ghana and Senegal from the economic fallout, says Risk Advisory. But these countries will still be vulnerable to insecurity and instability, it adds.

Meanwhile, it fears that unrest, civil disquiet and conflict are likely in east and southern Africa this year.

“With only a few exceptions, the economic fallout of Covid-19 looks likely to be profound across the region. And in some countries, other factors will also undermine security and stability. An Islamic State-linked insurgency in Mozambique is spreading, Uganda faces a highly contentious election, and the South African government will probably be forced into much-needed but unpopular structural reforms,” the report says.

Stability is also in jeopardy across north Africa. Geopolitical dynamics and foreign involvement in north Africa and the Sahel will probably shape domestic politics across the region in 2021, says Risk Advisory.

With all north African countries facing severe socioeconomic impacts from Covid-19, many governments are likely to seek external support to maintain control, it continues. Some are already undergoing political transitions as a result of popular upheavals. And interventions – or a lack of – from states and international organisations will play an important role in determining levels of regional insecurity and instability in 2021, says the Strategic Outlook 2021.

Warmer diplomatic relations among major powers in the Middle East will set the ground for greater stability in the long term, according to the report. But it adds that this is unlikely to result in substantive improvements to the operating environment this year. In the meantime, the region faces a range of challenges that “threaten to derail” the positive strategic momentum, warns Risk Advisory. These include a new president in Iran, militia violence in Iraq, and rising insecurity in Lebanon.

“The economic and political fallout of the Covid-19 pandemic is liable to stimulate competition and weaken cooperation between bigger powers, and see smaller states make hard choices. India in particular is likely to shift to a riskier strategy to assert its interests, and ally with the United States to counter China’s increasingly aggressive economic and political advances across the region,” it adds.

The risk consultants’ outlook suggests that the Asia-Pacific region will “oscillate between episodes of brinkmanship and détente”, amid a widening US-China rift this year.

“We forecast that China’s strategic goal of becoming a high-tech superpower, and its growing willingness to take risks, will push the new US government towards a more committed political and military engagement in the Asia-Pacific region. This makes crisis moments in 2021 a very real prospect, particularly in the Taiwan Strait. To avoid domestic economic crises, smaller states in the region will probably have little choice but to deepen ties with China,” says Risk Advisory.

And finally, it says that political instability and governance standards are likely to worsen across much of Latin America. “The Covid-19 pandemic has pushed many countries into deep recessions and this will probably exacerbate operational risks such as protests and social unrest. As most will struggle to rebuild their economies, they are very likely to rely on direct external support, particularly from China and the US. While this will help governments curb instability, it is also likely to influence domestic politics across the region,” it adds. 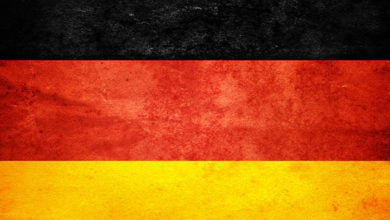 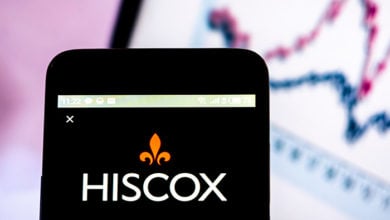 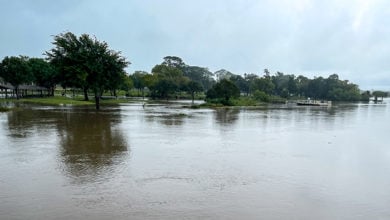