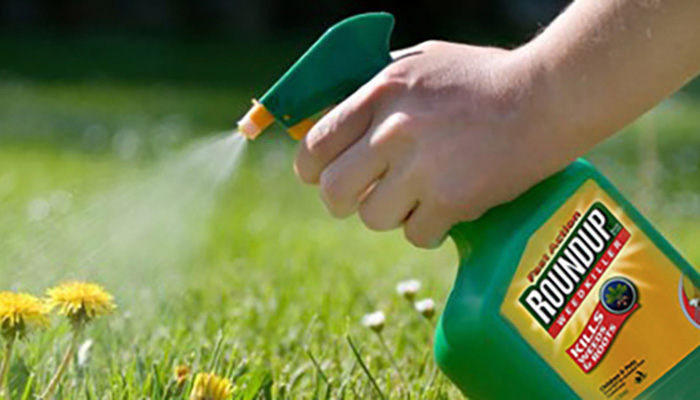 The world’s most popular weed killer, Glyphosate, is being placed under the microscope by scientists, regulators and plaintiff lawyers. Despite four decades of widespread commercial and domestic use on the assumption it was safe, there has been recent increased worldwide concern about myriad potential health effects from exposure to the substance.

A test case in California has hit the headlines globally this week. The case resulted in the jury finding that Roundup weedkiller was unsafe and was a substantial factor in causing the plaintiff school groundskeeper’s lymphoma. Awarding $39.25m in compensatory damages and $250m in punitive damages, the jury also found that Monsanto, which makes Roundup, had failed to adequately warn consumers of the risks associated with its products and that the company acted with malice or oppression. Monsanto has vigorously protested the safety of its product and indicated it intends to appeal.

Scientific opinion concerning the dangers of this emerging risk is divided. Some claim that exposure is linked to everything from cancer to infertility, while others conclude the pesticide does not pose a threat. With some countries already banning the compound and following the judgment in the US, prudent businesses and insurers must consider steps to understand and mitigate their risk now.

Glyphosate is the main chemical in the world’s most widely used pesticide. It was first introduced by Monsanto under the brand name Roundup in 1974. Worldwide glyphosate use has increased 15 times since 1996, when resistant crops began to be genetically engineered. In the US, it is in more than 750 products, while in the UK 5.4 million acres of farmland are treated with glyphosate annually.

The current controversy largely results from conflicting reports about the chemical’s risks to the environment and effects on the human population, particularly in relation to the food chain. A number of recent articles and studies claim products from corn to cosmetics contain harmful levels of glyphosate.

Concern is also arising from research reports that indicate glyphosate causes a variety of health problems including Alzheimer’s disease, kidney and liver diseases, and reproductive problems. Animal data studies have also reportedly raised the possibility of health effects associated with chronic, ultra-low doses related to accumulation of these compounds in the environment.

The substance potentially presents an occupational hazard for those involved in its manufacture or whose employment entails its use. In addition, it presents a potential risk to consumers of food products, given the potential for the chemical to transfer into foodstuffs including cereals, honey and even beer. Environmental contamination is also an issue as the chemical could filter from the soil into water courses.

Opponents of these studies claim they fail to properly contextualise the relatively de minimis levels of glyphosate, which are often reportedly below safe levels imposed by regulators. Others note that it is considered to be very safe toxicologically and environmentally, with some showing the active ingredient to be less acutely toxic to humans than table salt or aspirin. Research around this compound is also becoming increasingly politicised, with focus shifting to the resultant reduction in crop yields and the impact on international trade if a ban was to be implemented.

The debate intensified further in 2015, when the World Health Organization’s (WHO) International Agency for Research on Cancer categorised the chemical as a “probable carcinogen”. The WHO concluded that exposure to glyphosate doubled a person’s risk of developing non-Hodgkin’s lymphoma (NHL). This new categorisation followed a number of previous studies that considered the link. One case-control study of occupational exposure in the US, Canada and Sweden reported increased risks for NHL. Another study showed a significant increase in the incidence of rare tumours, with a dose-related trend.

In marked contrast, the European Food Safety Authority (EFSA) claims that glyphosate is unlikely to be carcinogenic and is not dangerously toxic to humans. Indeed, some researchers have indicated a correlation between farming and lymphoma dating back to the 1950s, before glyphosate appeared on the market. However, many have placed doubts on the EFSA’s findings as its assessment was conduct on a small number of studies that were predominantly provided by manufacturers, raising concerns over inherent bias. In addition, tests on mammals covered a short period (a maximum of 90 days), leaving questions concerning the effect of long-term exposure to these chemicals.

The regulatory position is no less clear, with countries including Canada and Australia imposing restrictions on public and private use of glyphosate. France also intends to impose a ban on glyphosate within the next three years. In contrast, the EU has recently renewed the licence for glyphosate use for another five years and last December the US Environmental Protection Agency released its draft health risk assessment, concluding that glyphosate is not likely to be carcinogenic to humans. This evolving position should be watched with care, given that such a confusing position brings inherent supply chain risks.

These developments are significant as they show that there is a significant split opinion between regulators, manufacturers and scientists on glyphosate’s health effects. What is perhaps clear from this conflicting position is that further research is needed to consider the safe limits for glyphosate residues in water, food and animal feed, taking all possible health risks into account before more valid conclusions can be reached.

The uncertainty has not deterred plaintiff lawyers, who are increasingly focusing on the potential link between glyphosate and cancer. The test case in California may be the tip of the iceberg, as Monsanto’s weedkiller is at the centre of hundreds of other lawsuits heading toward trial in multidistrict litigation consolidated before a California federal court.

As in the test case, allegations of failing to adequately warn of the risks are likely to be central to future litigation. Similar allegations have been made against Johnson & Johnson in the ongoing asbestos talc litigation, which has resulted in a spate of high-profile cases in which significant punitive damages were awarded by juries despite uncertainties in the scientific evidence.

Indeed, if the findings of the WHO are accepted as conclusive, a dose-related exposure that is deemed to double the risk of lymphoma would be likely to satisfy the UKs and other common law jurisdictions’ evidential tests to render the loss compensable. Employers whose personnel use the chemical are most at risk of exposure to claims, although this has the potential to extend to consumers using the product and possibly even to cases of environmental exposure.

Employers and their insurers must be mindful of this developing regulatory and claims environment and will wish to consider steps to assess and mitigate their potential risks. While the full nature of the threat is unlikely to be determined for some time, a cautious approach would be advised to prevent any unwanted side effects.

Contributed by David Wynn, a partner at Clyde & Co