By Adrian Ladbury on March 1, 2021  Comments Off on Guernsey ready for captive demand spike as hard market bites 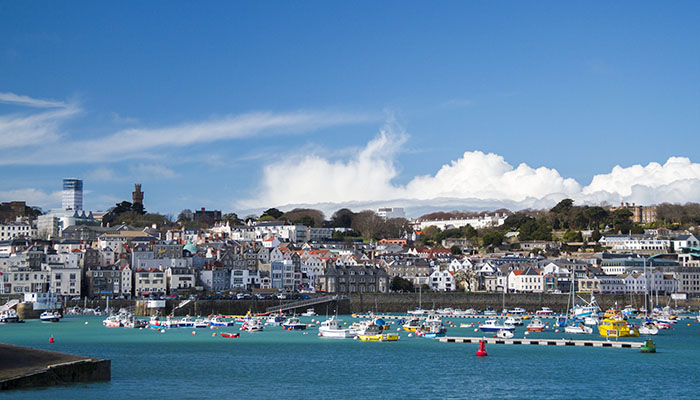 The rapidly rising interest in captives among the UK risk and insurance management community as its members battle with the challenges posed by the ongoing harsh commercial insurance market was underlined by Tom Richardson, group insurance director at Associated British Foods, during a webinar with captive market experts organised by Guernsey Finance late last week.

The limited appetite of the commercial insurance market to respond to difficult risk transfer challenges such as those presented by the ongoing pandemic in the UK and across Europe is only adding to the demand for alternative solutions, including captives.

Mr Richardson, who runs a captive based in Guernsey, said during the webinar that the hard market that has persisted during the past two years has clearly demonstrated the value of his company’s captive structure.

“You could probably characterise the hard market based on three factors – the rising cost of insurance, a shrinking of capacity, and a ‘take it or leave it’ approach to underwriting conditions,” he said, referring to the recent tough stance taken by insurers.

“As a buyer, it has really brought our captive into focus – it has been able to respond in all of those areas. If you are a captive [owner], you couldn’t be in a better position than in this type of market. There couldn’t be more opportunity to add value to your organisation,” added Mr Richardson.

Guernsey is of course well aware of the recent rise in captive options and has moved swiftly to take advantage of the increased demand among UK companies.

At the end of last year, it adopted of a new fast-track pre-authorisation licensing scheme that it hopes will result in significant captive growth this year. The fast-track pilot will run to the end of 2021 and means that captives can be formed within 48 hours, according to Guernsey Finance.

The scheme is currently limited to protected cells, hosted by a protected cell company (PCC) that is owned by a licensed insurance manager.

PCCs are particularly attractive to smaller companies that do not have the resources or expertise needed to create fully-fledged captives, so are arguably a good option for the many smaller UK companies currently scratching their heads over their risk financing strategies in this tough market.

During last week’s webinar, Caroline Bradley, deputy director of the authorisations and innovation division at the Guernsey Financial Services Commission (GFSC), said she hoped the pilot scheme would enable captives to respond quickly in the current market.

She said the GFSC expected something different from a captive than it would from a commercial insurer, thus enabling the swift authorisation process.

“The only thing we would regard as a material change of business plan from a captive is if they were to change tack and start writing third-party business,” she said.

“A captive can go ahead with changes to retentions, changes to reinsurance and to fronting arrangements; they can add new lines of business and they can do that without needing to provide any notification or await any approval from the Commission. So, in that respect, we hope it enables captives to act quickly,” added Ms Bradley.

Christina Bell, executive director and head of underwriting at Aon Captive and Insurance Management, agreed and predicted that 2021 would continue to be a busy time for the Guernsey captive industry.

“We are seeing a real surge in captive activity and existing captive owners are looking for strategic solutions to resolve the challenges they are experiencing in the hard market,” she said.

“People are very much looking ahead at how they can place their captive in a more strategic position, looking at structured reinsurance solutions and increasing retentions. Captives are proving a focal point for risk management strategy,” added Ms Bell.

Mark Rogers, client services director at Artex Risk, stressed that the case for a captive was compelling in the current market.

“Why spend premium in the market when you can put it into your captive vehicle and retain some of those profits? Coming into 2021 we are going to see quite a few new formations,” he predicted.

Guernsey, the leading jurisdiction for captives in Europe by volume, added seven new captive structures during 2020 – in a year when industry figures said they were almost overwhelmed with enquiries.

During February, two leading international captive managers – Davies Captive Management based in the US and Bermuda, and Strategic Risk Solutions (SRS) – announced the formation of new Guernsey operations, again underlining the opportunity seen in this market by the captive community.

To help risk and insurance managers in the UK and across Europe work out their best captive options in this difficult commercial insurance market, Commercial Risk Europe has teamed up with leading European risk management associations to host its first virtual European captive conference – ‘Captives 2021: Now is the time for action’, which will take place on 10-12 May. This groundbreaking conference will provide vital intelligence to risk and insurance managers seeking to set up new captives and maximise the benefits drawn from existing structures. Programme details will be available on our conferences page from 4 March.