Insurance and reinsurance buyers of natural catastrophe, German industrial and cyber cover are all expected to see further price increases at renewals, according to Hannover Re.

Heightened natural catastrophe losses, together with pandemic claims, low interest rates and rising inflation, are putting the results of insurers and reinsurers under pressure, according to Hannover Re. At the same time, demand for reinsurance is increasing as insurers look to manage growing volatility in weather events. These factors necessitate further price increases and improvements in conditions for the “various rounds of renewals” in 2022, the reinsurer said.

“In property and casualty reinsurance, there is a need for further rate increases. Only in this way will reinsurers be able to provide reliable risk protection in an increasingly challenging environment,” said Jean-Jacques Henchoz, chief executive officer of Hannover Re. “Particularly where natural catastrophe risks are concerned, adjustments are unavoidable,” he added.

German industrial fire insurance was also singled out by Hannover Re as a line in need of further price adjustments at future renewals. Industrial insurance has seen a further rise in major claims in 2021 compared to the previous year, in particular from business interruption (BI) losses and those linked to the economic recovery, explained Hannover Re board member Michael Pickel. “There continues to be frequency and severity of claims in property fire and industrial insurance that need to be addressed,” he said.

Mr Pickel warned that German insurance and reinsurance buyers should expect price increases at renewal, following the heaviest burden of catastrophe losses ever recorded in the country and a return of motor claim frequency to pre-Covid levels. “We have observed in the German market relatively flat renewals, but this trend will not continue. Although it is too early to say how much prices increases will be… a flat renewal is not feasible,” he said.

Speaking on a media call, Mr Henchoz said he expects wider price firming and tightening terms and conditions to continue for both insurance and reinsurance buyers. He predicts continued price increases in many insurance lines, including specialty lines and, like Mr Pickel, the German industrial market. Rates for nat cat insurance and reinsurance will rise in Europe, the US, Japan and Australia, following losses in recent years, added Mr Henchoz.

While it will take many more weeks to assess catastrophe claims from storm Bernd in July and Hurricane Ida in August, it is clear these are “significant events” for the insurance industry, said Mr Henchoz. As a result of these losses, and US winter storm Uri in February, Hannover Re is currently above its natural catastrophe budget for the year to date. However, the reinsurer is still on track to meet its profit target for 2021 of €1.15bn to €1.25bn, said Mr Henchoz.

Europe has not seen major catastrophe losses for some time, but Covid-19 in 2020 and now Bernd in 2021 will require “further adjustments” to rates at renewals in 2022, said Hannover Re board member Silke Sehm. Even traditional business in Europe should expect price increase for loss-affected treaties, she added.

Insured losses from storm Bernd and subsequent flooding in Europe are likely to exceed current estimates. The loss burden from Bernd is currently uncertain as Hannover Re’s clients continue to increase their estimates. While the frequency of claims is stable, the average claim size is still evolving due to business interruption claims and the cost of property repairs, said Mr Pickel.

Mr Henchoz said that Covid-19 losses remain a “major theme” for renewals, in particular the settlement of BI claims and uncertainty surrounding long-tail lines. Covid-19 was only “minimally priced in” for the 2021 renewals but losses have continued to rise for some clients, with further adjustments to reinsurance treaties expected for the 2022 renewals, said Hannover Re.

Hannover Re noted that rate increases for some lines and regions are moderating. While rates have risen for primary insurance in the UK and France, increases are slowing. For central and eastern Europe, Hannover Re expects growth rates in primary insurance business to pick up in the medium to long term. Price increases are necessary in this region for loss-affected treaties and for natural catastrophe business, said Mr Pickel.

The hardening trend for international property business written by Lloyd’s syndicates is set to continue, albeit in slightly more muted form, according to Hannover Re. In speciality business, both marine and cargo (re)insurance buyers have faced hardening prices and conditions, while offshore energy insurance was stable. Aviation rates have also increased but with surplus capacity in the market, “initial indications can be detected of a flattening in this trend”, Hannover Re said.

The international cyber market is also posting “significant rate increases”, driven largely by a rise in the frequency and amount of ransomware losses, according to Hannover Re. Mr Pickle said the insurance market continues to address silent cyber in P&C policies, while cyber insurers are now charging a higher rate on reduced exposures.

In particular, cyber insurers have reduced limits and introduced sub-limits for ransomware. “The market is gaining momentum and will see further increases and tightening of terms and condition in 2022,” said Mr Pickel. 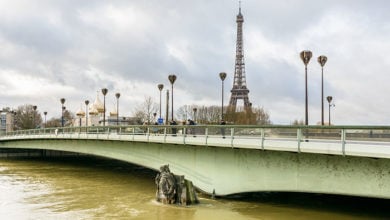 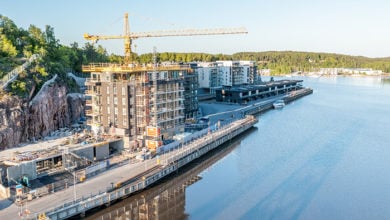 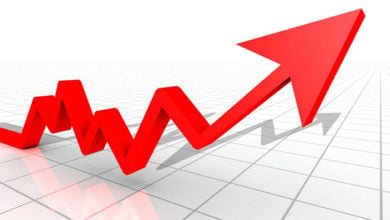