The recent statement from the EU’s financial services chief that there are no guarantees that insurance policies will not be affected by Brexit would not have been welcomed by risk managers with global insurance programmes. One of the most important elements of such programmes is seamless coverage and contract certainty. Ensuring claims can be paid is clearly a vital part of a global programme and much time and effort goes into ensuring that nothing stands in the way of claims being paid in the territories covered by the programme. So the idea that claims relating to policies written prior to Brexit might not be payable is a major concern.

Clearly, the Brexit transition agreement will give firms and regulators time to resolve the Brexit concerns of insurance buyers, and the Bank of England (BoE) has reassured insurers and banks that it should be business as usual during the Brexit transition period. The BoE said it is reasonable for firms currently carrying on regulated activities in the UK by means of passporting rights, to assume they will be able to continue undertaking these activities during the transition period in much the same way as now.

And the Financial Conduct Authority said the transitional arrangement provides an opportunity for EU and UK regulators to collaborate and enact solutions to issues, such as the ability of insurers to pay claims and accept premiums for cross-border risks after the UK leaves the EU in March next year.

However, this has been thrown up in the air by the comments reported by Reuters from Valdis Dombrovskis, vice-president for the euro and social dialogue, and in charge of financial stability, financial services and capital markets union, saying there are no guarantees and it is up to firms to take preventive measures.

Reuters explained that Britain and the EU have agreed a ‘standstill’ transition period whereby EU rules remain in force in Britain until the end of 2020, which would ensure continuity in cross-border financial contracts like insurance policies. But this transition is part of Britain’s broader EU divorce settlement, which is still being negotiated and will not be legally watertight until October or later. It added: “Without transition, it would be illegal in some cases to make payouts on insurance contracts or amend derivatives contracts after March.”

Many UK-based insurers, but not all, are creating EU subsidiaries and looking to legally transfer policies to legal entities in the EU, to ensure continuity of contracts. AIG, for example, has been granted authorisation to establish two new insurance companies in Luxembourg and the UK to ensure contract certainty for clients after Brexit. The two new entities will write business currently written by London-based AIG Europe Ltd. AIG’s new European company in Luxembourg will be called AIG Europe SA.

Anthony Baldwin, chief executive of AIG Europe Ltd, said AIG is keen to bypass the political uncertainty of Brexit to avoid disruption for clients. “The great advantage of the restructuring route we have chosen is that it will give clients certainty that whatever the other unknowns of Brexit for their businesses, their European insurance coverage has been Brexit-proofed,” he said.

Zurich already has an EU-licensed insurance platform, Zurich Insurance plc, headquartered in Dublin, Ireland, “from where, we will still be able to service general insurance and international programmes across the EU post-Brexit”, said the insurer.

It noted that the EU/UK ‘Transition Deal’ that has been agreed in principle essentially means it is status quo until December 2020. “The Bank of England has also provided additional certainty to insurers and customers that they stand ready to take necessary backup measures to ensure business continuity for insurers. Despite this reassurance, we are pursuing a new UK licensing scheme, which means the least disruption for our customers and distributors and avoids them having to transfer their policies unless absolutely necessary. At the same time, we are working on a longer-term approach through which we’ll be able to take into account the future relationship between the UK and the EU,” said Zurich.

XL Catlin pointed out that its principal EU subsidiary is XL Catlin Insurance Company SE (XLCISE), a ‘Societas Europeas’ operation, currently UK-regulated and the principal entity it uses to deliver global programmes. XL Catlin announced last year that, subject to regulatory approval, it will relocate XLICSE to Dublin. XL Catlin said the move will enable it seamlessly to continue to use passporting and offer coverage to global programme clients throughout the EU.

Matthew Latham, head of captive programmes at XL Catlin in London, said: “We have, along with brokers, taken several proactive steps to ensure that our global programme clients will have continuity of coverage once the UK departs the EU. Passporting has been an important tool for insurers and reinsurers to provide risk managers with multinational coverage. It seems unlikely that passporting will be retained when the UK leaves the EU.

“In a recent speech, Theresa May, UK Prime Minister, effectively ruled out a continuation of passporting on the grounds that it would require the UK to continue to adhere to certain EU rules. Clearly this could present a challenge for global programme clients, but we have taken steps to ensure that we will continue to be able to passport whatever the outcome of Brexit.”

Mr Latham explained that XL Catlin has recently introduced a contract continuity clause to address the risk that contracts written by its UK-based entities prior to Brexit may become impermissible if passporting rights are lost. The clause makes XLICSE an additional party to the policy from inception.

“If, after Brexit, part or all of the policy’s performance becomes impermissible – and cannot be amended to enable XLCICLUK or syndicate 2003 to perform it permissibly – XLICSE will automatically and seamlessly perform it, provided it can do so permissibly. If XLICSE cannot perform the policy then – and only then – would it be cancelled and the premium returned, as agreed. By making XLICSE a contingent party to the policy, the clause minimises the risk that policies will be cancelled post-Brexit if passporting is not retained,” said Mr Latham. 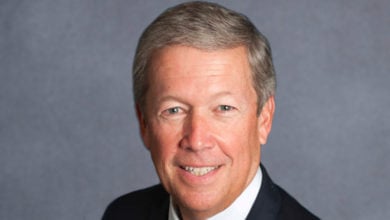 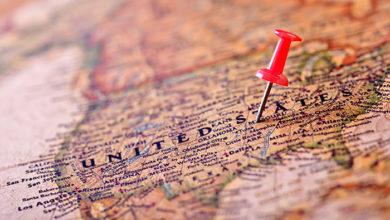 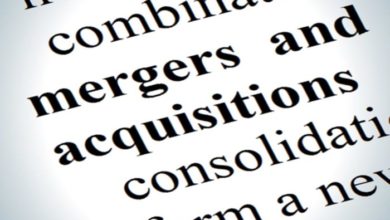 Insurance M&A down in H1