A leading insurance equity analyst at SocGen in London has told insurers and reinsurers that it would be in their financial self-interest to walk away from an estimated $17bn in premiums generated by the oil and gas sector in 2018.

In a new report, Mr Holmes says that reducing exposure to oil and gas has to be the next environmental objective for the insurance industry after the coal sector, according to news agency Reuters.

The analyst points out that the oil and gas sectors contribute more to global warming than the coal sector. But while some 23 insurers and reinsurers have publicly committed to withdraw from the coal insurance sector over time, only one – SunCorp in Australia – has said it would withdraw from the oil and gas sector. The coal sector is estimated to have generated some $6bn in premiums in 2018, according to pressure group Insure Our Future, reported Bloomberg.

For insurers, “we feel momentum is starting to gather in this area”, Mr Holmes reportedly states in the report – Insurance ESG Big Picture. The analyst says that the recent catastrophic floods in Europe have made it clearer than ever that the insurance sector must act to fight climate change.

The analyst estimates that premiums from insuring new oil and gas projects were ‘only’ worth about $1.7bn in 2018, which equals just 0.1% of all property and casualty premiums. For this reason, insurers can afford to pull from the sector and benefit, he reportedly states.

Those insurers that do take action and withdraw cover from the coal, oil and gas sectors should be rewarded with a “green premium”, believes Mr Holmes.

Bloomberg reported that the SocGen analysts have worked out that an insurer’s position on ESG-related underwriting and investments can have an effect on its valuation ranging from -3% to +9%, mainly driven by environmental factors such as exiting coal. Using this system, the bank’s analysts raised their target price for AXA XL and Swiss Re by 6%, and their target price for Generali, Zurich, Allianz SE and Munich Re by 5%.

Some insurers should also be rewarded for their rising investments in the “green” economy, Mr Holmes adds. 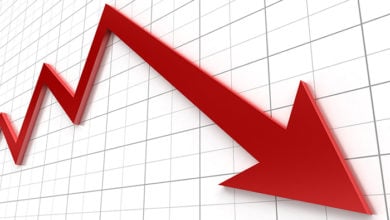