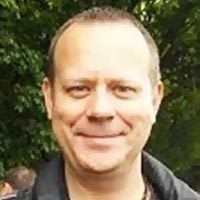 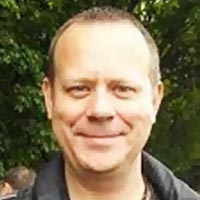 Claims is not the most glamorous part of the insurance sector. Underwriting, getting new business, that’s seen as the sexy bit of insurance. If the underwriter has star billing as 007, the claims professional is more like Miss Moneypenny. Or possibly Q. Or perhaps the sidekick who gets killed halfway through the film (enough with the Bond comparisons – Ed).

Political risk and trade credit risks are high on the agenda for many organisations as political violence, terrorist threats, expropriation actions, and economic uncertainty are now the harsh realities of doing business globally. Nearly one-in-five countries experienced escalating political violence at the start of 2013, according to research from Marsh and Maplecroft. And beyond the violence and terrorism threats, global businesses face a diverse set of political and economic risks in the countries in which they operate.

Insurance can be effective at protecting the income statement and balance sheet of the policyholder. However, the purchase of insurance over a prolonged period does not deliver a neutral cost/gain position. In fact, over an extended period, the cost of insurance will usually exceed the value of claims recovered by a policyholder.

It is never easy to get feedback from individuals in the insurance industry, let alone risk and insurance managers. Not because they want to remain silent on issues, or that they don’t have something important to say, but usually because of the restraints of the organisations they work for. The dreaded ‘Public Relations’, ‘Corporate Communications’ or ‘Media Interface Directorates’ (actually I made that last one up) come into play and turn a simple quote or response to a survey into a drawn-out, time-consuming battle over what can or can’t be said.

Why-oh-why is everything always left to the last minute? It happens in all walks of life, and needless to say, it happens with global insurance programmes. Insurance is of course notorious for last minute renewals – the mad rush between Xmas and New Year in particular. Try getting hold of a risk manager or anyone in the insurance industry in that week: “Can’t talk – renewal!”

Arbitration agreements grow ever more popular, especially within insurance and reinsurance policies. Negotiating parties are increasingly aware of their ability to speak to the fundamental commercial considerations of incorporating industry expertise, confidentiality and flexibility into the settlement of commercial disputes.

December is here, snow may be on its way for some of us, and the Festive Season is fast approaching. And at this time of recession, financial crisis and economic difficulties, we mustn’t forget what Christmas is really about (final preparations for insurance renewals?). It is about wish lists and New Year’s Resolutions. So what will risk managers ask Santa Claus for this Christmas?

The focus on legal, regulatory and tax requirements for doing insurance business abroad is increasing all the time. In particular, tax requirements in many countries around the globe seem to be enforced in a much stricter way than maybe a decade ago.

One of the interesting issues that arose during the recent European Captive Forum (which incidentally has grown from being a purely captive event to one encompassing multinational insurance programmes) was the old chestnut of non-admitted insurance. There was still a surprising level of knowledge, or rather lack of knowledge, from some insurance managers about how the rules work, which may be behind the current obsession with compliance.

Mike Stalley – The impact of taxes on global programmes

Driven by the global financial crisis and the need to balance their books, governments are targeting insurance as a source of much needed tax revenue, leaving businesses vulnerable to changing legislation and stringent penalties.