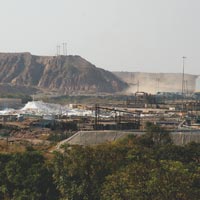 The UK Supreme Court has found that the English courts are free to exercise jurisdiction over claims against parent companies for damage caused by their subsidiaries abroad.

Accordingly, multinational corporations should now be encouraged to review their due diligence, risk control and global insurance programmes to ensure that they have adequate protection against this risk.

In this high-profile judgment on Vedanta Resources PLC and another v Lungowe and Others [2019], the Supreme Court has given a clear sign that holding corporations can face direct liability for foreign claimants in English courts.

This decision will inevitably increase the risk of forum shopping, particularly in relation to group litigation where the local legal system (in this case Zambia) does not have a longstanding history of effective management of these types of claims.

Given the increasing trend of non-UK claimants claiming against UK parent companies in the English courts in relation to the overseas operations of their non-UK subsidiaries, this judgment is expected to act as a further increase the number of such claims. This is despite many such parent companies strategically using specific corporate structures to avoid such claims.

While the decision itself is damaging for parent companies, it offers clear guidance on the potential risks, and should prompt a review of the prospects of successfully challenging jurisdiction in mass tort claims.

These corporations should also consider the nature of their liability insurance cover, as group litigation claims such as that pursued in Vedanta will incur significant awards and costs.

At the risk of “colonial condescension”, the English courts are bound “to reach a conclusion on a specific issue, based on the evidence”, when considering issues of jurisdiction for these claims, even where common sense suggests England is not the proper place for the proceedings.

Despite an intervention by the Attorney General of Zambia, and examples of group litigation of this nature in Zambia, there was a lack of “resources and experience with which to conduct such litigation successfully”, putting at risk the claimant’s ability to obtain substantial justice.

The claimants were 1,826 Zambian citizens residing in the Chingola region of the Copperbelt Province in Zambia.

In July 2015, the claimants issued proceedings in the UK against KCM and Vedanta for various losses allegedly caused by pollution and environmental damage resulting from harmful discharges from the Nchanga mine during the previous decade.

Vedanta and KCM appealed to the Supreme Court. Lord Briggs gave the unanimously agreed leading judgment on the four issues to be addressed:

The appeal failed on this issue. Article 4.1 of the Recast Brussels Regulation provides that persons domiciled in a member state shall, whatever their nationality, be sued in the courts of that member state and, following the case of Owusu v Jackson, this confers a right on any claimant regardless of their domicile.

The defendants argued that using Article 4 was an abuse of EU law – where it was a means of enabling the claimants to establish jurisdiction against Vedanta as an “anchor defendant” (ie a defendant within the jurisdiction) for the collateral purpose of attracting a member state’s international jurisdiction against the real targets, KCM, the foreign defendant.

The Supreme Court held that there was no such abuse of EU law. The High Court had concluded that Vedanta was sued in England genuinely, albeit that attracting English jurisdiction over KCM was an important contributor to that decision. Any exceptions to Article 4.1 are to be narrowly construed and following Owusu, it was not permissible to make a forum conveniens argument (that England is the best forum having regard to all the circumstances) as the basis for a derogation from Article 4.

The appeal failed on this issue. The lower courts had relied on material demonstrating the claimants had a valid case against Vedanta as the parent company, and had made no error of law in this finding.

The appeal succeeded on this issue. England is not the proper place for the trial of these claims. Lord Briggs stated the claim sought “compensation for… Zambian residents for negligence or breach of Zambian statutory duty… arising in connection with the operation of a Zambian mine”.

He stated: “If substantial justice was available… in Zambia as it is in England, it would offend the common sense of all reasonable observers… for this litigation to be conducted [in England].”

The appeal failed on this issue. This was an “inherently different question” than issue three. The court highlighted issues with “access to justice” in Zambia. The claimants lived in extreme poverty without access to appropriate funding, legal aid and unable to source suitable experienced representation for a claim against an “obdurate opponent” in KCM.

The High Court judge had not misdirected himself on this issue; Zambian case law relied on by the defendants in fact showed “funding and local legal resources were insufficient to enable… substantial justice”.

He had stated that, at the risk of “colonial condescension”, the English courts are bound “to reach a conclusion on a specific issue, based on the evidence”, when considering issues of jurisdiction for these claims, even where common sense suggests England is not the proper place for the proceedings.

The judgment makes clear England is now an available jurisdiction even when it is not a ‘proper place’ to bring the proceedings should the court conclude justice would not be obtainable in the other jurisdiction.

This is a now a cast-iron decision that a foreign claimant can bring actions against subsidiaries, and this raises important insurance coverage issues for the relevant companies and also insurers of insolvent corporations. The Third Party (Rights Against Insurers) Act 2010 will apply even where the liability was incurred outside the UK or the parties are based abroad.

Contributed by Toby Scott, a partner at Clyde & Co