Managing general agents (MGAs) have become a force to be reckoned with in the specialty insurance sector, their role boosted by persistent soft market conditions.

MGA revenues earned worldwide had a value of about $12.5bn in 2020, according to analysis of the market carried out by London-based consultant Insuramore. The figure implies that premiums intermediated by MGAs, managing general underwriters and coverholder groups last year reached about $100bn.

Insuramore found that 55 of the top 250 MGA groups (including four of the top five) belong to insurance brokers, while 28 are owned by insurers. The remaining 167 are classed as independent.

The growth of MGA revenues relative to mainstream broking revenues is due to several factors, including the development of specialty risk classes such as cyber, Insuramore says. Strong growth in the market for excess-and-surplus cover in the US, a market traditionally served by MGAs, is another reason.

MGA startup activity has been unabated in 2021, with new ventures appearing across the specialty spectrum. Some notable examples include:

Growth potential
In another recent study, 2021: A Year of Renewal for MGAs, law firm Clyde found that MGAs and carriers see more potential for growth for MGAs in Europe and in the US.

Commenting on the survey responses from carriers and MGAs, Vikram Sidhu, partner in Clyde & Co’s New York office, says there is significant activity happening in the MGA space in the US: “There are opportunities for a range of players, from traditional MGAs to insurtech startups.”

Survey respondents were upbeat about prospects in Europe as well. Yannis Samothrakis, Partner in Clyde & Co’s Paris office, says: “The sector is seeing an influx of capital and talent, and we are seeing more MGAs forming and interest in investment or even mergers.

“In Europe, we are also seeing a rapid rise in interest of private equity players looking at MGAs. They are interested in the insurance sector but shy away from the amount of capital being bound. MGAs offer more room to manoeuvre in terms of access to profit without having to put up so much capital.”

Christopher Miller, a partner in McGill and Partners’ structured solutions team, says he sees no sign of a saturation point in the near to medium term, because of the abundance of capital within the (re)insurance sector that still needs to be put to work. Other factors include the reassessment of traditional carrier-centric career paths by high-calibre talent and the proliferation of hybrid fronting carriers, MGA incubators and specialty technology providers, “who collectively have lowered the barriers to entry for establishing an MGA by offering fast-tracked and capital-light paths to entrepreneurship”, Miller reckons.

Enrico Bertagna, global head of MGA Solutions at Zurich Insurance Group, tells GRM that the rising number of MGAs is driven mainly by venture capital-backed insurtech activity: “In the traditional MAG business, we can expect more consolidation than startups, but numbers will continue to grow on the insurtech side. Saturation will happen once insurers become more effective in digitalising their retail offerings and therefore reduce provision of MGA capacity.”

For the time being, however, capacity will be attracted to MGAs because they are considered to be the most efficient transformer – often more efficient than an insurer in their chosen area of risk, between the underlying insured and capital, Miller says: “Where we do see a trend is with the capacity vehicles themselves, with a shift from the legacy carriers to those that are purposely built around MGAs as the transformer.”

Hard times
Market conditions could detract from some MGAs’ allure, however – a salient point as specialty pricing trends upwards. Put simply, the hard market means that insurers are able to achieve top-line growth through higher premium rates and there is less pressure to grow only through new business, according to Zurich’s Bertagna: “This could ultimately drive some insurers to rely less on MGAs for growth until the next soft cycle.”
An MGA that can demonstrate differentiation, underwriting expertise, actuarial insight and excellent data management capabilities will always attract capacity in any market cycle, argues Mike Keating, CEO of London’s Managing General Agents’ Association (MGAA).

“An MGA that doesn’t have these attributes will inevitably come under pressure in a hard rate environment. In a hard market, insurers’ top lines grow organically, resulting in their tolerance for marginally performing portfolios being reduced.

“In a soft market, it follows that unless you significantly reduce expenses to combat a top-line shortfall, a greater tolerance to turnaround marginal portfolios is applied.”

McGill’s Miller believes a hard market can be problematic for an MGA operating within the legacy carrier model, because such partnerships are not built to allow for significant year-over-year premium growth: “While most welcome a market where exposures stay flat but rates increase, for the MGA the resulting increase in written premium often puts them at odds with their capacity partners due to artificial premium caps, the carrier’s own capacity constraints or the resultant growth of one particular line of business becoming overweight within the portfolio.

“The irony for MGAs and the underlying carriers alike is that a hard market is the time when the underwriting margins should be the most favourable, yet the year-over year premium/capacity constraints limit or diminish the ability to take full advantage.”

Differentiate to accumulate
The combination of a hard market and greater competition between MGAs means MGAs must work to differentiate themselves.

“The key USPs of an MGA are specialisation in developing new products, broad distribution insurers can tap into, and the ability to combine different insurance products and services into one bundled offer for their customers, supported by strong digital technology to make the customer experience easy and reliable,” Bertagna says.

“We want all our members to have access to such resources so they can work collaboratively with insurers on portfolio performance. The MGAA is able to source independent consultants that can provide analytical and actuarial resources and also attend insurer meetings. It’s an area we are actively developing.”

McGill’s Miller reckons the most dramatic trend across MGAs trying to differentiate themselves and stay relevant to their capacity partners is around transparency: “While MGAs have always provided relatively apparent value around distribution and specialty underwriting, the more veiled flaw of the model centres around the lag, inconsistencies and opacity of the data reporting,” he says.

“The desire and ability to provide almost real-time transparency across the MGA’s book to its capacity partners is one key area that distinguishes leading underwriting-based MGAs from more production-oriented MGAs. Those that operate in a fully transparent manner will be the winners of long-term, multi-year capacity,” Miller predicts.

Rating and regulating MGAs
Some emerging challenges facing MGAs are beyond their control. In the UK and the US, the big role played by MGAs in distribution across personal, SME and large commercial insurance has caused both raters and regulators to lean in.

The MGAA’s Mike Keating says “the seemingly constant” directives from the Financial Conduct Authority (FCA) add costs and impair the ability of everyone along the value chain to service their customers effectively.

New product governance rules from the London market watchdog came into force in October, and another batch is due on 1 January 2022. A priority for the FCA is to make brokers and MGAs show what value they provide insureds for the costs they add to the coverage provided by the carrier.

“It’s counterproductive to what the regulator is trying to achieve. The requirement to demonstrate product value is particularly onerous and we, in partnership with other associations, are developing a market template,” Keating says.

Meanwhile, the US-based ratings agency A M Best is proposing to introduce a framework of performance assessment for delegated underwriting authority enterprises. The proposals are out for consultation and a spokesman for Best in the US told GRM to expect a ratings methodology to be revealed in the first quarter of 2022.

Obtaining a rating could be expensive for some MGAs – and will be a big differentiating factor for all. Looked at another way, widespread adoption of ratings for MGAs could be a positive sign of the sector’s coming of age. 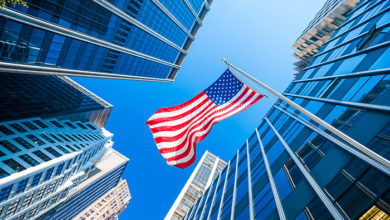 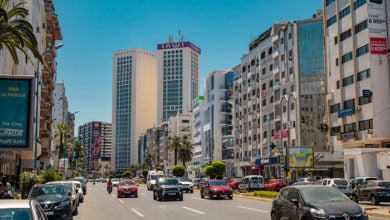 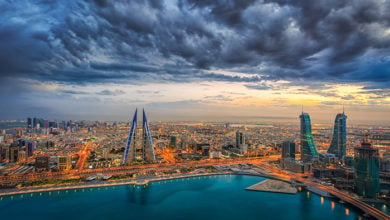 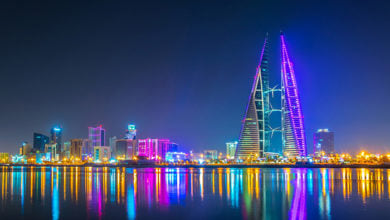