A project led by AMRAE to spread risk management in Africa has gained momentum with the creation of several new national associations, more in the pipeline and the introduction of certification courses on the continent.

Since the Club FrancoRisk initiative was launched five years ago, new risk management associations have been created in Ivory Coast, Morocco, Togo and Burkina Faso. The project expects to see further associations created in Cameroon this year and Tunisia in 2020, risk managers were told during the annual Club FrancoRisk meeting at the 27th Rencontres de l’AMRAE in Deauville this week. There are also projects underway in Algeria, Mauritius and Senegal.

Progress at RIMRAE, the Ivorian risk management association, has seen talks held to develop a similar initiative in the English-speaking part of Africa, Sandé Fatola, the association’s president, said.

Club FrancoRisk was launched by AMRAE and AGRAQ, its counterpart in the Canadian province of Québec. The group’s goal is to promote risk management in French-speaking countries around the world, with a focus on Africa.

In addition to expanding its membership, Club FrancoRisk has also organised a number of events in countries where risk management is beginning to flourish. In April, it will host a conference in Casablanca, Morocco, as part of the country’s annual insurance congress meeting. In March, it will participate in a conference in Hanoi, Vietnam.

AMRAEM, the Moroccan association, was created in April 2017 and has already organised four events to disseminate risk management in the country, explained one of its founding members, Meryem Abibrat. The latest, held in January, promoted discussions on subjects such as cyber and environmental risks to an audience of local companies.

For its part, Mr Fatola reported that RIMRAE has managed to attract 15 new members in the past few months, issued six newsletters and is in the course of creating its own website. The Ivorian association has also set up a partnership with Senegalese consulting firm Youmann to carry out a survey of 50 risk professionals from several countries on the main risks faced by African companies.

Gilbert Canaméras, a former AMRAE president who is leading the Club FrancoRisk project, noted that one of the group’s goals is to implement an Observatory of African Risks. More details on this should be announced in April.

Another focus is the accreditation of qualified risk managers in Africa. Both the Moroccan and Ivorian associations have launched Associate of Risk Management (ARM) certification courses to qualify professionals. RIMRAE started the first sessions in January with 22 candidates. AMRAEM is to kick off its first group in March. In both cases, the chosen module is AMRAE’S ARM 54 course, which deals with the principles of risk management. 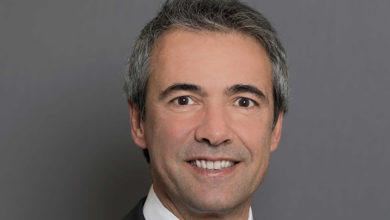