By Nigel Brook and Joyce Chan, Clyde & Co on June 7, 2017  Comments Off on Parametric insurance: closing the protection gap in Asia 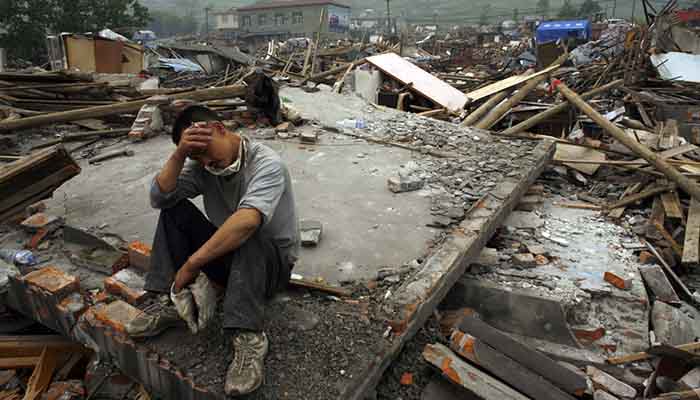 As a region, Asia is particularly prone to natural disasters and extreme weather events such as earthquakes, floods, droughts, heatwaves and tropical cyclones. According to a report published by the Swiss Re Institute in February 2017, economic losses from natural catastrophes and man-made disasters in Asia amounted to $83bn in 2016, representing almost half of the world’s total. While the cost of natural disasters to Asia is high, it is estimated that only 10% of these losses are insured. There is evidently a wide ‘protection gap’ in the region. The under-penetration of insurance makes it harder for Asian companies and countries to spring back from natural disasters, which in turn has a longer-term impact on regional development.

Parametric insurance products could offer one way to bridge the protection gap in Asia. Unlike conventional indemnity insurance products – which require an assessment of the value of the insured’s loss before payment can be made – parametric products provide a near-automatic payout in response to certain defined threshold parameters being met. For example, a parametric product could be designed to pay a defined amount if an earthquake at a certain location exceeds a specified magnitude, as measured by a nominated institution.

Bypassing the need to assess the insured’s loss allows a speedy payout and that may be vital to funding the costs of intervention after a typhoon; or in ensuring that businesses can be back up and running as quickly as possible after an earthquake; or funding intervention in a drought-damaged region before famine strikes.

In the past few years, a growing number of regional and international insurers have launched pilot schemes to introduce parametric insurance products in Asia, often in coordination with national governments, sub-sovereigns and non-governmental organisations.

For example, in China in 2016, a catastrophe index insurance product was launched in Heilongjiang Province by Swiss Re, Sunlight Agricultural Mutual Insurance Company of China and the Heilongjiang government. The product is triggered if satellite data at specified locations across the province shows any of four causes of crop failure: extensive drought, excessive rainfall, low temperature or flooding. In that event, a payout provides the local government with the funds to support those affected and carry out emergency repairs to infrastructure.

Elsewhere, AnXin Agricultural Insurance and the Meteorological Bureau of Zhejiang government have jointly created a windstorm index insurance product for crops on the Alipay platform – the leading mobile payment platform in China. The product is offered on a nationwide basis and seeks to reach individual farmers in remote areas. This is one example of the ways in which insurers in Asia are using innovative technology to distribute parametric insurance products to a wider audience.

Green Delta Insurance, a Bangladeshi insurer, offers 25 different crop-specific parametric policies to Bangladeshi farmers. The insurance products are distributed through various partners including microfinance institutions, banks and seed companies. The products are designed to respond with a payout to farmers when certain parametric criteria are met signalling drought, excess rain, heatwaves and cold spells. Similar products have been rolled out by a Sri Lankan insurer, Sanasa Insurance Company, for rice and tea farmers in that country.

Parametric products designed to respond to earthquakes have been offered in Indonesia to microfinance institutions and rural banks. The insurance payout is triggered by a pre-determined earthquake parameter (ie magnitude) announced by an independent and established third party, such as Indonesia’s Meteorological, Climatological and Geophysical Agency. Similar products based on typhoon-related parameters have been offered to clients of microfinance institutions in the Philippines.

Given the region’s vulnerability to natural disasters, Asia has an unusually wide protection gap. It makes sense that the insurance industry, local governments and non-governmental organisations are scaling up their efforts to achieve higher insurance penetration through innovative products, such as parametric insurance. This in turn builds greater resilience to natural catastrophes and agricultural failures, reducing the impact of disasters, enabling a speedier recovery in the aftermath of catastrophes and ultimately contributing to the development of the region.