Pool Re is proven model but not only option for pandemic insurance solution: Enoizi

By Adrian Ladbury on April 3, 2020  Comments Off on Pool Re is proven model but not only option for pandemic insurance solution: Enoizi 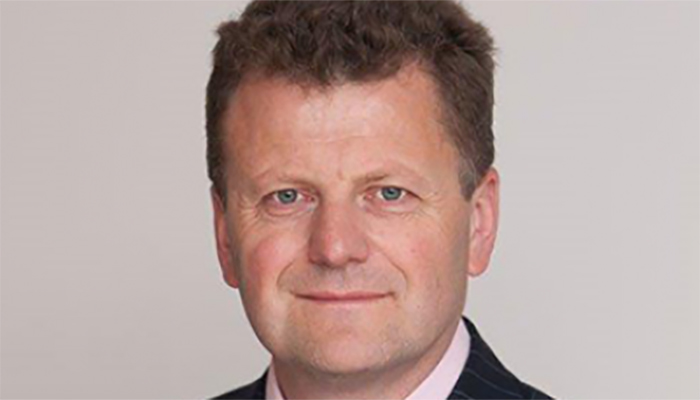 Pool Re chief executive Julian Enoizi welcomed the recent debate on future pandemic risk financing in partnership between government, the insurance sector and business, telling Commercial Risk Europe in an exclusive interview this week that risk managers definitely need to be involved in the discussion from the outset.

He pointed out that Pool Re was created in only three months during 1993, after the commercial insurance market withdrew cover for terror risks from property policies following the Provisional IRA’s devastating bombings of financial centres in London and Manchester.

The model has worked remarkably well. The pool now covers some £2.2trn in assets and has built up a buffer funded by member insurers that currently stands at £6.5bn. This has enabled Pool Re to pay claims in excess of £1.25bn for 17 terrorist events since its launch, without ever needing to call upon the unlimited government loan facility that underpins the scheme.

Significantly, Pool Re now also covers non-damage business interruption claims (NDBI) following passage of the Counter-Terrorism and Border Security Bill 2018 and subsequent placement of a new retrocession programme that covers these risks. The bulk of the losses suffered by UK businesses during the current pandemic crisis will be NDBI losses, as the economy grinds to a halt.

But Mr Enoizi stressed that just because Pool Re has worked for terror risks, this does not mean the model can directly be applied to pandemics. The calls in the UK, other European nations and the US to extend existing state-backed terror programmes may appear a quick and easy fix to a huge and pressing problem, but  Mr Enoizi warned against a “knee-jerk reaction”.

He said that successful public-private partnerships such as Pool Re should be closely considered as discussions over pandemic coverage evolve, and there would be no point in “reinventing the wheel”.

But he also cautioned that the answer to every risk management and transfer challenge facing society does not always call for the creation of a government-backed pool such as ‘Cyber Re’ or ‘Pandemic Re’.

There is a huge difference between a terror attack that takes place in a single location – no matter how big in terms of loss of life and economic cost – and a pandemic that by its very nature affects individuals and businesses across the entire planet at the same time, pointed out Mr Enoizi.

The inference is that in this case, perhaps the insurance sector has a more significant role to play in the management and distribution of government relief funds to businesses, rather than as provider of risk capital, as has been suggested by a number of insurance associations in the US as the Trump administration works out the difficult question of how to actually distribute its immense $2.2trn relief package.

“I am not 100% sure that this (Pandemic Re) is required yet. The number one priority is to get behind government to ensure that the relief funds can be distributed to business and ensure that we have a chance of rebuilding; it’s about process. We have to be careful that when we face a crisis that we think the solution is to stick a ‘Re’ behind whatever the problem of the day is,” said Mr Enoizi.

“In my mind – from an insurance perspective – the real issue here is actually business interruption. The risk is changing. We saw the passage of the Counter-Terrorism and Border Security Bill 2018, which meant we were able to extend our cover to include NDBI. With any major cyber event, the real losses will be NDBI-based. These pandemic losses will be largely NDBI-based, therefore we need to take a step back properly think about this,” he added.

Despite this caution, however, Mr Enoizi did say it would make sense to look at existing models of public-private risk transfer partnership when considering the solution to the current crisis. He is not surprised to see the letter sent this week by John Doyle, CEO of Marsh, to the US Congress and administration, calling on a possible extension of the US terror scheme the Terrorism Risk Insurance Program to help with pandemic coverage.

“When dealing with catastrophic risk that is not a natural catastrophe, you would do well to look at models that have already performed the function well. In its 27 years of existence, Pool Re has performed the function well and never had to call on government funds, so why not look to existing models before reinventing the wheel? This is not the only model for dealing with market failure when there is a desire to bring insurance, reinsurance and capital markets funding to deal with a risk, there are other options, but I would caution that the levy route is one that is very difficult to go back from,” he said.

As governments, business and the insurance sector grapple with this complex topic, there is pressure building to come up with solutions. Legislators in six different US states have now introduced bills that basically suggest a retroactive extension of BI policies to include pandemic risks, and a number of lawsuits and class actions have already been filed that suggest the same.

Mr Enoizi does not think that the UK government would allow such a move and that any retroactive change in the law of contract would be an “incredibly damaging precedent”. At least one of the legislative efforts in the US, introduced in New York State, did however, more positively, seek to use the skills and expertise of the insurance industry to handle claims as it seeks to distribute state relief funds. This appears to be a more sensible route, he said.

“I do not believe the government over here would allow something like that [the retroactive extension of BI insurance contracts], because of the damage it would cause to the industry. This would be incredibly damaging for insurers, which would not have collected any premiums for this risk or posted any reserves. It would also be an incredibly damaging precedent to pay claims for which insurers are not contractually obliged to pay. But whether government could reach out to the industry and say, ‘you have a claims-paying mechanism and we could do with the help because we are struggling to deal with distribution’, is another matter,” said Mr Enoizi.

Asked whether Pool Re had been involved in any formal discussions with the government, business or other representatives of the insurance sector on this critical topic, Mr Enoizi said that he would rather not comment. But he did strongly advise the early involvement of the risk and insurance management community in any discussion that may take place. “Any solution has got to be right for risk managers and policyholders,” he said.

Pool Re is proven model but not only option for pandemic insurance solution: Enoizi added by Ben Norris on April 3, 2020
View all posts by Ben Norris →