By Adrian Ladbury on April 1, 2020  Comments Off on Risk managers will support creation of state-backed pandemic pools to plug coverage gap 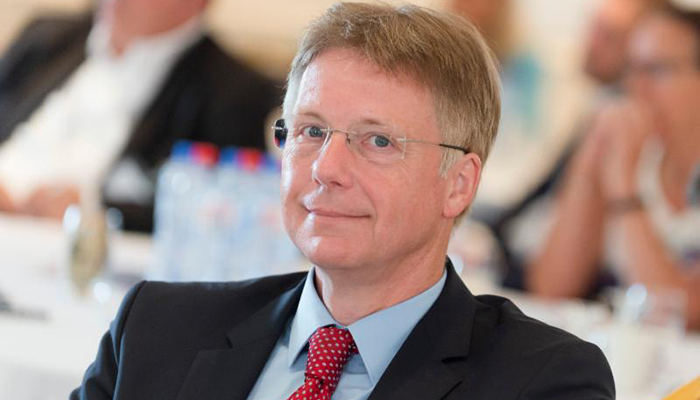 Europe’s corporate risk and insurance managers would support the creation of state-backed insurance pools to cover pandemic risk and plug the huge coverage gap that has been exposed by the Covid-19 outbreak, based on feedback from leading industry representatives gathered by Commercial Risk Europe.

The topic has risen to the top of the agenda as businesses across Europe and the world wake up to the fact that their business interruption (BI) coverage does not extend to pandemic risks. In the US, in particular, legal and legislative efforts are underway to try and retroactively extend BI coverage to include the virus and cover the losses being incurred.

Insurers in the US will fight long and hard against these efforts but have said they would be prepared to discuss some form of state-backed pandemic pool.

The same discussion has started in Europe, particularly in the UK. The Association of British Insurers and Lloyd’s CEO John Neal have both publicly stressed that pandemics are generally excluded from BI policies, but said they would be prepared to discuss the creation of a form of state-backed solution – ‘Pandemic Re’ – to help cope with future crises.

The French Insurance Federation has also said it would be prepared to discuss such a state-backed solution.

Julian Enoizi, chief executive of Pool Re, the UK terror fund that now offers a safety net for about £2.2trn of assets and businesses, wrote earlier this week that he believes a solution can be found in partnership between government and the insurance sector.

“The government cannot afford to be found wanting in response to the next catastrophe, and the insurance sector’s reputation will be hard pressed to weather another withering public assessment during a future moment of national need. The government’s guarantees would facilitate the insurance sector’s participation in risks for which there is currently no commercial market,” he said.

“The UK is recognised as an international leader in financial mechanisms to mitigate catastrophe management. We should be at the forefront of the response to the current pandemic and, as we get ourselves back on our feet in the wake of the coronavirus, that insurance market must reassert its credentials and, together with government, help make the country more resilient in the future,” added Mr Enoizi.

“Once the pandemic is over, we need to start thinking about new solutions. As the scale of the Covid-19 pandemic has shown, such events require the joint involvement of the insurance sector and of the state. The industry has already joined forces with governments to develop workable and affordable solutions for other huge and difficult-to-insure risks, such as those created by flooding, terrorism and earthquakes. The European insurance industry therefore stands ready to discuss with policymakers how to better protect Europe against the risk of future pandemics,” it stated.

Any such effort would gain the support of the risk and insurance management community, based on interviews carried out this week with Dirk Wegener, president of the Federation of European Risk Management Associations (Ferma), and Julia Graham, former Ferma president and now deputy CEO and technical director at UK risk management association Airmic.

Mr Wegener said the federation does not yet have a formal position on the matter but personally he supports the concept. Mr Wegener is not surprised that so many businesses are frustrated by the inability of their BI coverage to respond to this crisis, and said this will not help the reputation of the insurance sector. He added that any efforts to retroactively extend BI policies to include the risk should be resisted, but believes a state-backed solution in partnership with the insurance sector makes sense for the future.

“I am not surprised by the frustration of businesses. Even though the coverage situation is quite diverse throughout Europe, it is surprising to note that insurers, insurer associations and also analysts are apparently jointly in agreement, that this unprecedented sudden and accidental event will impact insurers more on their asset management side than on their loss ratios. My concern is that such an outcome of this dreadful event will accelerate the debate about whether or not insurance is a feasible risk management tool for businesses,” he told Commercial Risk Europe.

“Contract certainty and the rule of law are absolutely necessary to grant the functionality of the economy. Hence, I don’t think that a general extension of standard policy forms, evoked retroactively, shall be considered and would also not be in the best interest of commercial insurance buyers in the long run. Having said that, I have full confidence that insurance regulators will closely observe the situation and provide clear guidance to insurers in treating all of their clients fairly,” continued Mr Wegener.

State-backed pools are probably a more likely solution in future than new products from individual insurers, given the scale of this risk. These pools are more likely to work on a national, than pan-European, basis. But there is potential for an EU backup layer of protection – possibly via the European Stability Mechanism (ESM) created by EU member states during the credit crisis, with the capacity to loan up to €700bn – suggested Mr Wegener.

“Given the frustration of businesses with the already existing insurance products and the nature of a pandemic event, it is probably wishful thinking to expect the commercial insurers to develop suitable products to protect businesses from the financial impact of such an event. Therefore, a state-backed pool could potentially be an option to close this protection gap. As we still have predominantly local policy forms, including a non-unified landscape of national pools that may be envisaged to be included in such state-backed solutions, I have doubts that a uniform, EU-wide pool can be achieved in the foreseeable future. Notwithstanding the latter, it may be very reasonable to use existing pan-EU tools like the ESM as a second layer of protection behind such national ‘Pandemic Re’ pools, at least for smaller ones,” he said.

A further risk financing option is for corporates to investigate catastrophe bond-type solutions from the capital markets, probably via captives. Mr Wegener does not think that this will be practical and affordable for now.

“Potentially yes this is an option, but insurance-linked securities are complex and therefore expensive products for the time being, which have not yet proven to be feasible instruments for the average captive. Unfortunately, I don’t see any reason why this should be different if a pandemic is the trigger and not a traditional nat cat event,” he said.

“It’s hard to say whether the c-suite and boards have been surprised by having no cover – this is a ‘known unknown’ risk, so possibly not. What may have surprised them more was to find they had no cover when they thought it was their intent to buy this – the market seems to have been quick to apply limitations and exclusion in a variety of ways,” she added.

As to the potential structure of a pandemic pool, Ms Graham pointed out that the UK already has a tried-and-trusted mechanism in Pool Re. It is also encouraging to see that the HM Treasury (HMT) has already publicly confirmed that it accepts its role as insurer of last resort, she said.

“A mutual entity comprising market insurers, guaranteed by an HMT loan facility, could provide a trusted channel between government and the majority of the insurance sector. HMT published a report this month – Government as Insurer of Last Resort: Managing contingent liabilities in the public sector – which sets out proposals for improving the management of guarantees and insurance provided by government to reduce cost and risk to taxpayers. The report notes that ‘the UK government takes on risk that others cannot, both to protect the population and provide stability when unforeseen events occur’,” Ms Graham pointed out.

“We can learn from organisations like Pool Re, which have relevant knowledge and experience. The Pool Re model has been successful maximising the involvement of private insurance to enter the market, creating a buffer between an incident occurring and taxpayer money being called on. HMT would need to decide on a set amount of money to grant each business suffering loss of revenue due to Covid-19, using trustworthy, independent metrics, for example number of employees, annual turnover etc, as well as how much and how to distribute compensation,” explained Ms Graham.

The Airmic deputy CEO said bonds could be an option in future.

“The challenge with pandemic is that once we return to normality – whatever that looks like – people may have short memories and may not want to make changes to reflect what they think might not happen again. It’s early days but bonds will be looked at, along with a number of other options,” she said.