Terrorism and political violence insurance typically covers damage to insured property and the ensuing loss of income, loss of attraction, kidnap and ransom (K&R), and crisis response. But is the emphasis changing?

The terrorism and political violence market continues to focus on offering physical damage to scheduled assets and the resultant loss of income due to the interruption of the insured business. Contingent business interruption coverages such as loss of attraction are still available and are becoming of more interest to insureds in the hospitality and retail space – but take-up rates for this coverage remain low.

Due to the growing political instability and increased levels of violence we are experiencing in many parts of the world, clients’ focus is on broadening their insurance coverage from sabotage and terrorism to full political violence. We are also seeing an increase in the number of clients purchasing deadly weapons protection/active-shooter coverage, especially in the US due to the increased number of mass shootings and the number of shooting deaths the country experienced in 2021. Note that the terrorism and political violence market doesn’t cover K&R insurance, as this is placed in its own specialist marketplace. Crisis response coverage is available within some policies such as deadly weapons protection, which offer crisis response following an insured peril.

Terrorism used to mean bombs: how are perils changing and how is it influencing the cover that businesses buy?
Historic terrorist attacks have been carried out using explosive devices, but in more recent times we have seen terrorist organisations encouraging people to attack using handheld weapons such as firearms and knives, as well as using vehicles as weapons. In such scenarios, there is rarely any physical damage to an insured property as the focus of the terrorists is to kill or injure as many people as possible and instil fear among the general public.

Without a physical damage trigger, a traditional terrorism policy will not respond and this is why the market created products such as deadly weapons protection, as this coverage triggers without the need for any physical damage to an insured asset and will respond as soon as a weapon has been brandished. The coverage is focused on protecting people as well as physical assets, and combines an insurance policy with the services of a crisis responder that will help a client before, during and after a deadly weapon attack.

What are the most likely sources of terrorism and political violence in 2022?
This is a very difficult question to answer as many of the attacks and claims on the terrorism and political violence market that we saw in 2021 and so far in 2022 couldn’t really have been predicted. The nature of this class of insurance is insuring against unforeseeable and indiscriminate attacks.

What does the insurance market supply/demand balance look like going into 2022?
Market conditions remain similar to 2021, with increased demand for terrorism and political violence insurance, especially for emerging market risks and plenty of available capacity to cover the demand. We expect to see a further increase in demand for the deadly weapons protection/active-shooter coverages and believe that more insurance carriers will move into this space going forward, offering greater capacity and product choice for clients.

What was the market’s underwriting experience in 2021? What’s the insurance market outlook for buyers?
Last year saw a great deal of loss activity in the terrorism and political violence market, the largest loss being the South African riots in July. At this stage we do not know the final quantum of the South African losses, but they will certainly be the largest loss this market has seen since the Twin Towers attack of 2001. The market also saw losses in other countries such as Senegal, Mali, Yemen, Lebanon, Myanmar, Chile and Colombia to name but a few. This has caused premium rates to increase for risks located in those affected countries, but overall the market pricing for terrorism and political violence insurance remains stable.

For more opinion on the terrorism and political violence insurance market, see the Spring edition of GRM Journal 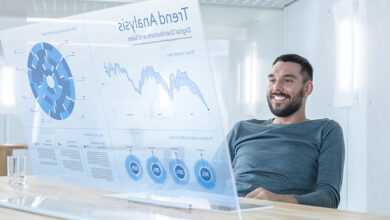