The modern-day insurance captive can provide a range of benefits for corporates – from coverage for new exposures to more efficient risk management. In the current hard market, these benefits could prove to be invaluable for many firms.

However, some companies are in danger of missing out on these benefits due to a number of misconceptions at a senior executive level about the purpose of a captive. Many chief financial officers still see a captive as a vehicle primarily designed to optimise company results along non-risk-related parameters.

To understand how and why these misconceptions exist, it is necessary to look at the evolution of captives, from the very first vehicle to the modern-day incarnation.

Beginnings: The invention of the captive is generally credited to Frederic Reiss, a property engineer from Ohio in the US who became an insurance broker in the 1950s. In 1958, Reiss founded a firm called American Risk Management for one of his clients, the Youngstown Sheet & Tube Company, which owned a series of mining operations, including a number of ‘captive mines’ that were used exclusively by the company.

Reiss helped the company write insurance exclusively for the captive mines, hence the term. The purpose was to minimise the total cost of risk. While the use of mutuals had been in existence for many years, the captive was a revolutionary approach based on belief that if a risk is big enough and diversified enough, it can be better managed through a dedicated self-insurance vehicle.

The advantages were clear: the ability to self-insure high-frequency/low-severity risks as well as low-frequency/high-severity risks where insurance was unobtainable in the traditional market. The captives also provided direct links to reinsurance.

Tipping Point: Despite the success of Reiss’s early captives, it took a number of years for the concept to catch on. It was not until the 1980s, when the insurance market underwent some critical distortions, that captives became popular. This was largely due to a lack of capacity in two key risk areas – liability and natural catastrophe.

In the US, the cost of providing liability cover rose dramatically across all sectors, driving the insurance industry to the edge of collapse. At the same time, natural catastrophe cover was in short supply due to a high number of natural disasters.

The shortage of insurance cover coincided with a growing focus on shareholder value. As more companies looked to take advantage of the stock market, CFOs and company accountants looked to use captives to optimise their financial results also along parameters other than risk-related ones.

Correction: At the millennium came greater regulatory scrutiny of both the insurance industry and the use of offshore vehicles, via the likes of the Spitzer Investigation into the use of contingent commission fees and the Organisation for Economic Co-operation and Development initiatives on tax-base erosion and profit-shifting.

Consequently, the use of a captive for such purposes became a huge regulatory and reputational issue for companies. At the same time, the insurance market had softened significantly, with abundant capacity in most lines and at much more affordable premiums.

Growth: The captive concept has continued to evolve and is now building on its original intention – to manage the cost of risk. Governance has improved dramatically and there is a growing number of captives based onshore.

The resurgence of onshore captives during the last six years, as well as the introduction of onshore tax treatment for offshore captives, are very clear demonstrations of the disregard of any tax-related considerations in a corporate’s decision to establish a captive, versus the importance of a captive’s key functions, being the risk and cost of risk management for its parent.

In the US, Vermont now has more than 1,000 captives in the state, while another 35 states have introduced captives legislation in the last ten years to attract more companies onshore. In Europe, Ireland and Luxembourg are seeing more onshore captives (from an EU perspective), and the Nordics, Germany, Switzerland and France have also successfully attracted the onshoring of captives.

The future: As we enter what could well be a long-lasting hard market, the role of the captive has never been more important. The price of insurance is increasing, capacity is scarce, new risks are emerging and the market is generally more uncertain. Clients are consequently increasing their retention of risk but seek an intelligent instrument to do so. An insurance vehicle is usually such an instrument, providing real insurance coverage, means to manage claims and related cashflows (international programmes), as well as being a corporate entity responsible for coordinating risk management activity and respective data collection/management. Furthermore, an insurance vehicle allows tapping into the capital of the reinsurance market.

This is why a captive can play a key role, be that a traditional, fully fledged captive run by the company, a protected cell company run by the respective rent-a-captive provider, or a virtual captive, as offered by Swiss Re Corporate Solutions, which enables firms to use our infrastructure as a sandbox and possible stepping stone to formation of a captive later on.

Crucially, the virtual captive is structured as a multiyear insurance agreement, which enables firms to assume more risk over time and avoid much of the complexity that comes with companies setting up their own insurance entities. Consequently, this model has become popular for firms looking to use a captive for the first time, or firms that have used one in the past and are looking to re-enter the space.

Captives can also play a critical role within a firm’s global insurance programmes. By acting as a central focal point, a captive can help manage the complexity of a global programme and offer more flexibility as a risk-financing tool. Swiss Re offers a full range of services to support the captive, be it as a fronting partner for the international programme, including the claims handling experts providing their services to the captive, or as capital partner providing captive protection or relief in form of aggregate excess-of-loss reinsurance, or legacy solutions for past business reserved on the captive’s balance sheet.

I see the partnership with an insurer as a very important piece of the captive’s strategy, to benefit from the economies of scale of an established policy issuing infrastructure, as well as to use the (re)insurer’s balance sheet as flexible capital surrogate where efficient, and not least to have a partner on transfer pricing validation. 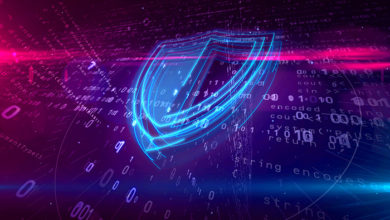 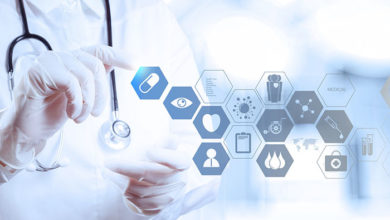 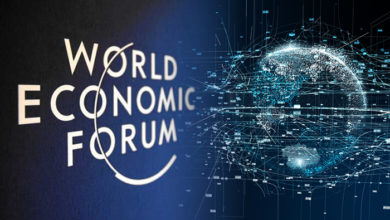 January 20, 2022
Back to top button
Close
Log In
Our next conference: