The importance of taking climate change into account: Appeal Court rules against government on Heathrow expansion 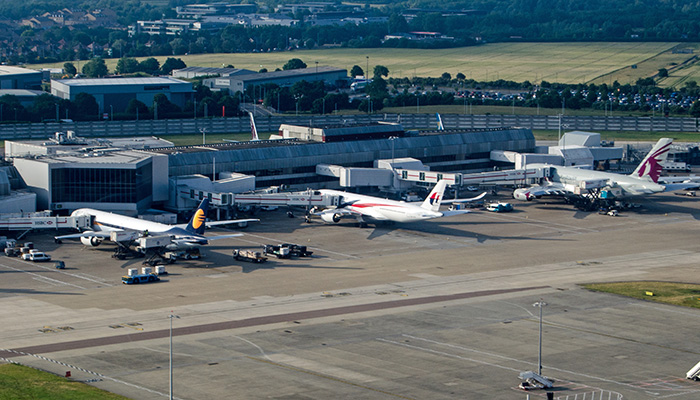 In rather prescient timing, just minutes before I joined an esteemed panel to discuss the impact of climate change on the construction sector at the Commercial Risk Construction Risk Management event, the UK’s Court of Appeal handed down its judgment in the long-running Heathrow airport expansion saga.

In finding in favour of the environmental campaigners, the Court of Appeal’s judgment is a setback for the Heathrow expansion. This ruling is also significant, as it is the first time that a court has confirmed that the Paris Agreement on climate change has a binding effect on the government. It also sends a clear signal that international climate-change commitments cannot be overlooked. The decision was enthusiastically welcomed by environmentalist groups worldwide.

The Court of Appeal found in favour of a number of climate-activist organisations when it ruled that the Secretary of State for Transport acted unlawfully by approving the construction of a third runway at Heathrow without taking into account the project’s impact on climate change – in particular the government’s commitment to the Paris Agreement. The judgment is emblematic of a global trend, in which governments are being held to account for their failure to act on climate change.

The case was first brought in August 2018 by a number of climate-activist organisations, including Friends of the Earth and Plan B Earth. The claim was not directed at Heathrow expansion itself, but rather at the inadequacy of the Airport National Policy Statement (ANPS), which supported the plans. It was argued that the statement contravened the Planning Act 2008, which required that the ANPS must “include an explanation of how the policy set out in the statement takes account of government policy relating to the mitigation of, and adaptation to, climate change”. According to the claimants, this obligation necessitated consideration of the government’s commitment to the Paris Agreement.

In May 2019, the case was dismissed at first instance. The judge ruled that the Planning Act 2008 did not require the Secretary of State to consider the Paris Agreement in the ANPS and that all requirements under the Act were fulfilled in the consideration of domestic climate targets. The Paris Agreement could not be considered “government policy”, as it has no legal force at the domestic level and imposes no legal obligations.

However, in overturning the first instance decision, the Court of Appeal ruled that the Paris Agreement was indeed a part of government policy and therefore needed to be considered when drafting the ANPS. The judgment states: “The Paris Agreement ought to have been taken into account by the Secretary of State… and an explanation given as to how it was taken into account, but it was not.”

It should be noted that the court did not make a decision on whether a third runway should be built or even on whether the project was incompatible with the UK’s commitments under the Paris Agreement. The ruling was strictly limited to requiring the government to take the Paris Agreement into account in its policy statement. It did not even quash the ANPS, but merely issued a declaration that the ANPS cannot have legal effect unless and until the Secretary of State undertakes a review of it in accordance with the Planning Act.

Despite the confined nature of the judgment, the court’s decision may have an impact on the project itself. While Heathrow Airport has made it clear that it will appeal the decision and work with the government to fix the ANPS, the government has already stated that it will not take the case further. It remains uncertain whether the review of the ANPS and subsequent proposed expansion will go ahead.

This ruling must also be seen as part of a broader legal trend, bolstered by renewed climate activism, which seeks to require governments to abide by their climate commitments. In December last year, we saw the upholding of a landmark decision in the Dutch Supreme Court, which mandated that the government reduce Dutch greenhouse gas emissions by 25% by the end of 2020.

As in the Heathrow case, this decision gave reference to international obligations (in this case the UN Climate Convention and the European Convention of Human Rights).

Closer to home, in the UK, the company Drax suspended building a new gas plant after an action was filed in January challenging the government’s decision to approve the project, due to its failure to take climate impacts into consideration.

It is likely that we will continue to see successful challenges of government targets and government-approved projects on climate-related grounds in the coming years. It will become increasingly necessary for those involved in construction and development projects to be aware of the risks posed in ignoring environmental concerns and failing to take climate change into account.

The importance of taking climate change into account: Appeal Court rules against government on Heathrow expansion added by Liz Booth on March 3, 2020
View all posts by Liz Booth →