By Adrian Ladbury on March 31, 2020  Comments Off on ABI confirms it is prepared to discuss insurer involvement in state-backed pandemic pool 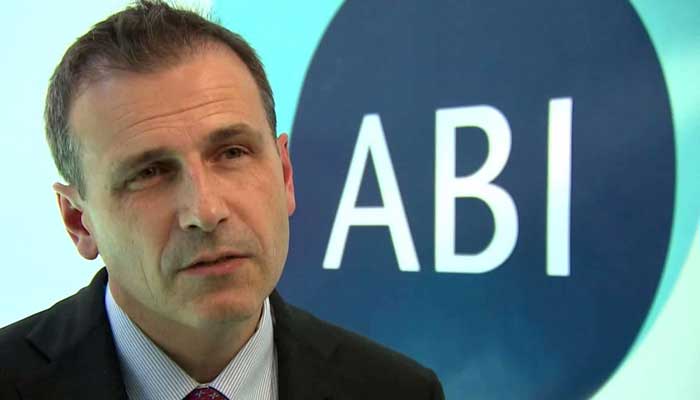 The UK insurance industry is “up for” debate with government and business about the potential creation of a state-backed insurance scheme for pandemic risk, similar to those already in operation for terrorism and natural catastrophe risks, said the Association of British Insurers (ABI).

The debate has been sparked by the realisation among businesses of all sizes in the UK and worldwide that pandemic risks are excluded from their business interruption (BI) coverage. In the US, a number of lawsuits have already been filed that basically attempt to retroactively extend the BI policies to cover excluded risk. There have also been attempts by legislators in three US states to achieve the same thing.

Last week, chair of the UK Treasury Select Committee Mel Stride MP wrote to the ABI asking about the insurance industry’s response to the coronavirus outbreak. One question asked was: “Can you provide details of the approach that your members are taking in respect of business interruption insurance, given the government’s recent announcements concerning the effective moment of the requirement for businesses to close?”

The inference was clear. Politicians in the UK, under pressure from business, are also wondering if BI policies can somehow be used to cover the massive losses caused by the virtual shutdown of global trade. Similar questions can be expected all over Europe.

The ABI moved quickly last month to make it clear that standard BI policies do not cover pandemic risks, explaining that the scale of the losses triggered by a global pandemic would be too big for the industry to bear.

The article published yesterday on the ABI’s website, written by the association’s director general, Huw Evans, stating it was “up for” debate about the creation of a state-backed pandemic pool, will partly be designed to head off calls for the retroactive extension of BI policies at this time of crisis and look to the future. The message is clear: don’t expect the insurance industry to bail out the government right now, but let’s work out a solution for the future.

“When this outbreak of Covid-19 is under control and our way of life is beginning to return to a semblance of normality, we need to have a debate about how the global economy can be better insured against pandemics. Nobody wants to see a repeat of the terrible challenges many businesses are facing. Tackling this will be an issue for governments as much as insurers, and difficult decisions will need to be made about how far the state is prepared to mandate and pay for insurance protection for businesses and individuals,” stated Mr Evans.

“The last few weeks have demonstrated that a return to the status quo antewould seem undesirable. Whether in the US, continental Europe or the UK, the insurance industry has come under fire because most business interruption policies do not provide cover for infectious diseases and those that do usually exclude unknown viruses like Covid-19. Instead, businesses are typically protected against day-to-day risks such as damage to premises, motor accidents, supplier failure and employee harm,” he added.

Mr Evans pointed out that last year everyday claims from businesses in the UK alone amounted to £7.8bn, whereas claims for notifiable diseases were “negligible”. He said that because these claims did not come from all businesses at the same time, the insurance model worked and the claims were paid. “This is not what happens with pandemics where everyone gets affected at the same time,” he wrote.

The ABI director general explained that policymakers and business leaders have to recognise that no insurance market in the world can cover pandemic risk on its own.

The UK has the largest insurance market in Europe and the fourth largest globally, with London the international capital of speciality insurance and reinsurance. “Yet even in the UK, providing widespread insurance cover against pandemics would be virtually impossible without state support, because the amount of capital insurers would have to hold against the risk would result in completely unaffordable prices for customers. Last year, UK companies turned over £4.1trn and employed 27 million people. Insuring these businesses for pandemics is impossible using the normal model, given UK insurers hold total assets of £2.2trn,” explained Mr Evans.

“That is why we need to start thinking about new solutions. Partnerships between governments and insurance markets to help solve big problems are nothing new; so-called ‘protection gap entity’ schemes exist around the world, most commonly for flooding, terrorism and earthquakes. Here in the UK, we have Flood Re, which I helped set up, as well as Pool Re, while other examples include the California Earthquake Authority, the CRC in France and the Earthquake Commission in New Zealand. Each is structured with different levels of state involvement but all seek to enable insurance protection for risks that would otherwise be uninsurable,” he stated.

He pointed out that the size and scale of government support packages and central bank interventions show why insurers have long been wary of huge potential costs of protecting against pandemics. Mr Evans stressed that this does not represent “market failure”, so much as recognising its limitations.

He pointed to comments made by Sir Charles Bean, a member of the UK Office for Budget Reporting, who stated recently during a committee meeting that the state has always been the “insurer of last resort”.

“The state should be the insurer in this situation. Insurers have limited pockets and businesses are just passing on their problems to insurers, who may not be able to pay. This is where the state should be stepping in to implement things that minimise unnecessary damage to the supply side,” Sir Charles reportedly said.

Mr Evans was obviously keen to point out that despite a lack of BI cover for pandemic risks, the insurance sector cannot be accused of dodging its responsibility. “UK insurers expect Covid-19 to be a major event, with £275m of travel insurance claims and insurance claims for cancelled events, school trips and some elements of business disruption to be paid,” he wrote.

“But we all need to do better,” continued Mr Evans. “In a 21st century world where the flow of people, commerce and infectious disease are more interconnected than at any time in human history, we need to be open to new ways to protect our economies from the risks posed by future pandemics. The state has to be front and centre of such efforts but, both globally and domestically, insurers should also be part of the discussion. If global pandemics are to be a more regular part of our world, we need to start talking about how to protect more businesses and individuals than has been the case with Covid-19. The UK insurance industry will be up for that debate,” concluded Mr Evans.

ABI confirms it is prepared to discuss insurer involvement in state-backed pandemic pool added by Ben Norris on March 31, 2020
View all posts by Ben Norris →