Brazil: a market of both challenge and opportunity for risk managers with global programmes 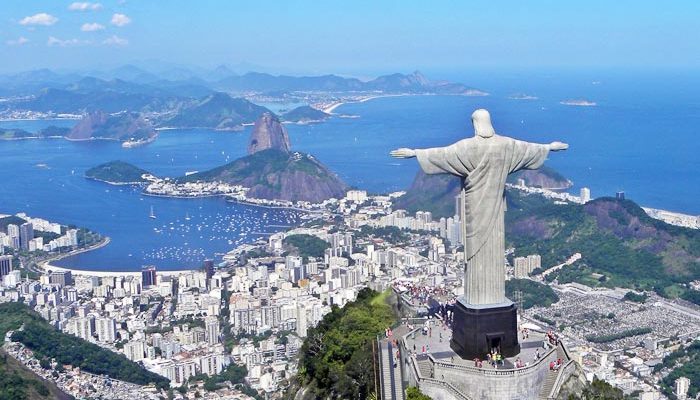 In the early 2000s, Brazil was heralded alongside Russia, India and China as one of the ‘big four’ developing economies poised for major growth. A huge land mass, large population and a strategic location in Latin America positioned the country well for economic and social progress. With a peak GDP growth of 4.5% from 2006 to 2010, more than 29 million people escaped poverty between 2003 and 2014. But after a major recession between 2014 and 2016, economic recovery continues to be sluggish. Despite the downturn, Brazil remains the largest economy in Latin America and the eighth-largest in the world. Claudia Thyme, emerging markets development director at AXA XL, outlines some of the challenges, opportunities and what this may all mean for companies operating in Brazil.

What are some of the challenges that companies operating in Brazil face currently?
The recent economic downturn and slow recovery, of course, represent major challenges for companies operating in Brazil. High unemployment has reduced buying power and a curb on public spending has driven many projects to a halt, all leading to a decrease in production.

Often in times of economic slowdown, we see an uptick in criminal behaviour and fraudulent activity. This is something that companies need to be mindful of and which insurers too are keeping a keen eye on. It is not the time to relax risk management measures.

The truckers’ strike of 2018, in which self-employed truck drivers protested against the rising price of diesel and called for various tax and legal reforms, caused the country’s transport systems to be paralysed. Brazil’s logistics sector was hit hard by the ten-day strike and there was a shortage of certain foodstuffs, medicines and oil across the country.

Companies with robust risk management and transfer strategies are better placed to withstand challenges such as these.

Where are the opportunities for companies in Brazil?
In terms of immediate developments, some experts predict that the long-awaited pension reform will pass later in 2019, and that lower interest rates and inflation will support economic recovery, if only from 2020.

The economically liberal government elected in 2019 is seeking to make other reforms aimed at boosting economic growth and shifting the country away from the scandals of the past, but is facing significant challenges in executing on those aims.
Recent developments remind us that those investing in emerging markets need to take a long-term view.

Brazil is the fifth-most populous country in the world, with a population of more than 212,000,000 – of which more than 70% is expected to be of productive age next year. The country is rich in natural resources and raw materials. It is the second-largest producer of food in the world and a particularly large producer – and exporter – of crops including coffee, soybeans and sugarcane. Brazil also historically has had sizeable sectors of iron and steel production, petroleum processing and chemical production, and automobile assembly.

As a vast country, Brazil has large infrastructure requirements. The technology sector is beginning to develop too, coming from an historic position of lagging behind other countries in this area.

All this represents opportunities for companies investing there, once Brazil gets firmly on the path of recovery. The positive economic development in other countries in the region, like Colombia and Peru – though tempered by geopolitical challenges that could curb economic growth in the medium term – should also aid Brazil’s recovery.

As well as development in traditional industries, there will be opportunities for companies in new niches and in expanding their business in different ways, led by new technologies that are often embraced more quickly in emerging markets.

What is the insurance and reinsurance market like in Brazil?
For some time, Brazil took on a position as something of an insurance hub in the LatAm region and there is a great deal of insurance expertise in the country. The Brazilian insurance regulator, the Superintendência de Seguros Privados (SUSEP), in 2003 began a programme to modernise the insurance sector. For example, it incorporated International Association of Insurance Supervisors’ core principles – a globally accepted framework of principles, standards and guidance for the supervision of the insurance sector. And in 2016, Brazil was granted provisional equivalence with Solvency II, the EU’s risk-based capital regulatory system, for ten years.

In 2013, the state reinsurer, IRB Brasil Resseguros SA, was privatised. Since then, there has been a steady opening up of reinsurance to overseas players, with minimum cessions mandated. A recent law change, the passage of Regulation Resolution CNSP 353/2017, reintroduced a ‘right of refusal’ under which Brazilian reinsurers must be offered at least 40% of a Brazilian insurance company’s reinsurance cessions, and the Brazilian reinsurance companies’ exercise of that right must be made under the same conditions that would be offered and/or accepted in the international market, and revoked the intra-group transactions limitation.

It is important to note that, in Brazil, a distinction is made between microinsurance – coverage aimed at households with per capita income of two minimum wages or less – and ‘popular insurance’, which refers to small-scale mass insurance products aimed at clients of all types.

What do clients with international insurance programmes need to consider for their Brazilian operations?
Non-admitted insurance is largely not permitted in Brazil and is only allowed in cases where local coverage is not available in the country, or if it contravenes the public interest to not allow non-admitted coverage.

Overseas companies that operate in Brazil often can benefit from working with international insurers with a global footprint and expertise, to ensure that their coverage is appropriate.

It is also important to think about risk management and insurance coverage as a long-term priority. While during times of economic downturn it might seem tempting to reduce spend on insurance, risk managers and insurance buyers will be aware that being hit by a disaster without cover in economically challenging times can be disastrous and that it is vital to work with an insurance partner that is there for the long haul.