By Adrian Ladbury on April 6, 2020  Comments Off on FFA to propose state-backed pandemic scheme but warns ‘miracle’ funds not available 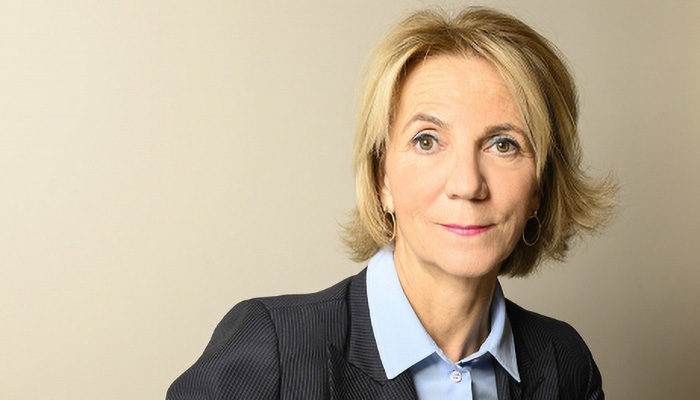 The French Insurance Association (FFA) has launched a consultation process to prepare a proposal to the government about the formation of a public-private partnership to create an insurance-type regime to cover large-scale health disasters such as the current pandemic.

FFA president Florence Lustman has issued a statement in which she said calls in the US and parts of Europe to retroactively extend business interruption (BI) coverage to include pandemic risk would threaten the solvency position of the sector and only deepen the crisis. Insurers can only provide funds for risks that have been priced and reserved for and cannot be expected to “work miracles” with their money, pointed out Ms Lustman.

She stated that the insurance sector has responded quickly and well to maintain the support that it gives to businesses and individuals and is open to any constructive ideas to do more. French insurers are the first to commit funds to the government’s Solidarity Fund and will bear costs of about €3bn as they contribute to the national effort, not including claims, pointed out Ms Lutman. But opening up their balance sheets to immense BI losses through a retroactive change in contract law is not the way ahead, she added.

“For insurance, an essential sector of the economy, the priority is to stay as close as possible to our policyholders while maintaining the continuity of our services. With or without confinement, the claims are there… 90% of our companies are now working remotely and therefore able to continue to protect their customers and advise them,” stated Ms Lustman.

“The health crisis has also been compounded by an economic crisis and insurers, as bearers of risk, are obviously affected. The decline in activity, the increase in health and provident costs linked to the epidemic, the resurgence of certain claims such as thefts will weigh very heavily. There is also the sudden fall in the markets, which will impact the investments that guarantee our commitments to our customers,” she continued.

“Faced with this, our objective is to protect above all our policyholders and their savings. French insurers have approached this crisis by being solid: the crisis will affect them but they are armed to meet all their contractual commitments. I hear that many are wondering about our role in this crisis and asking us to go far beyond what we committed to in our contracts and which served as the basis for calculating premiums. Insurers unfortunately cannot work miracles with the money they have been given,” said Ms Lustman.

“European and American insurance authorities have just reminded us: ‘Obliging insurers to retroactively cover risks not covered in their contracts would expose the sector to insolvency risks, which would weaken the protection of policyholders, the stability of the markets and would ultimately worsen the current crisis.’ It is therefore essential that insurers hold the shock, otherwise the current crisis will worsen considerably,” she said.

The FFA calculated that the operating losses of French companies caused by confinement will undoubtedly amount to tens of billions of euros. This is a bill that no actor apart from the state can bear alone, explained Ms Lustman.

“It is for this reason that insurance never intervenes in the event of an epidemic, revolution or war because the consequences of such events are simply out of reach. The principle of insurance is mutualisation: it works when it can spread a risk among its policyholders, that is to say use the premiums of the greatest number who are not affected to compensate those who suffer disaster. Something that is obviously impossible in an event that affects everyone at the same time and with full force,” said Ms Lustman.

Despite this, French insurers have announced “exceptional” solidarity measures in favour of their most-affected compatriots such as very small businesses, artisans, traders, the self-employed and the frail. FFA member insurers will, for example, continue to normally guarantee the contracts of very small businesses that would have difficulty paying their premiums during the lockdown and will defer the rents of very small businesses and SMEs that find themselves in difficulty. Pregnant women and people with long-term illness placed on sick leave, according to the new Social Security procedure that means individuals do not need to be formally declared sick, will also have their daily allowances up to a limit of 21 days paid, even though this would not normally be covered under contract.

French insurers have also pledged to provide up to €200m to the state Solidarity Fund set up for small businesses in crisis – the only industry to have contributed to it so far. Individual insurers have also donated of hundreds of thousands of masks, funding for hospitals and research up to tens of millions of euros, school assistance and free psychological support, mutual aid platforms and the like, pointed out Ms Lustman.

“In total, if all these measures and the direct effects of the crisis are taken, the impact on insurance already amounts to more than €3bn. Solidarity will be essential to get out of this crisis but it will not be enough to repair all the consequences of the coronavirus. French insurance may be one of the most protective systems in the world but we can see today that conventional protection mechanisms are insufficient to deal with such crises. Insurance cannot replace the state. On the other hand, it can demonstrate responsibility to the extent of its capabilities – which it already does – and be proactive in the future,” she explained.

“If we are to anticipate new crises like this, we can think now about the basics of an insurance-type regime that would cover very large health disasters. But let there be no mistake, insurers will not be able to cover such events alone and this plan will have to be based on a partnership with the state. This is why the FFA decided today to launch a consultation to make proposals to the public authorities in this direction,” concluded Ms Lustman.