Market grows increasingly ruthless but rate of hardening may have peaked

By Ben Norris on January 11, 2021  Comments Off on Market grows increasingly ruthless but rate of hardening may have peaked 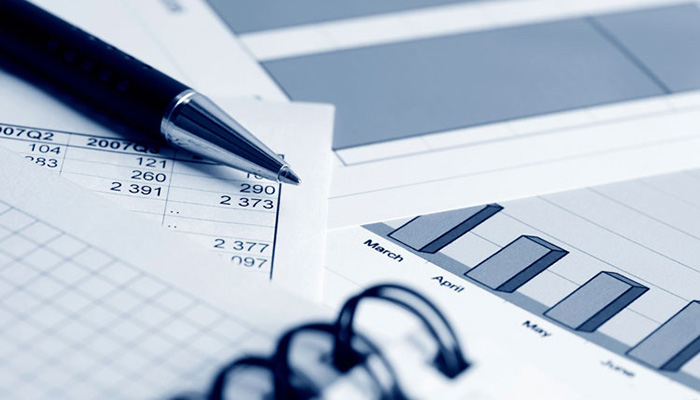 The insurance market is getting tougher for buyers and experts predict conditions will worsen this year, but there is some hope that the rate of hardening will slow.

Brokers, ratings agencies and Ferma all told Commercial Risk Europe that the commercial insurance market is increasingly difficult for buyers and they expect it to harden further in 2021.

He explained that the market is “more ruthless than ever” when it comes to difficult risks or industries such as D&O, BI, property cat, cyber, waste management and, now, entertainment.

“In difficult areas, the market will just not get involved. There is no discussion possible and if insurers step in they do it at their own price, which is often multiples of expiring prices. In general there aren’t capacity shortfalls and we get our deals done. But again, in these problem areas you just can’t get the same limit. So, there are areas where it is difficult to get the right limits or sub-limits,” said Mr Wegbrans. Cynthia Beveridge, president of Aon Broking in New York, agreed that the market is currently “incredibly difficult”.

“There are issues around exclusionary wordings. Whether it’s cyber, civil unrest or pandemic, insurers are working out how to tackle coverage and it varies. Which makes it hard to get cover that buyers want and are used to. The pricing in almost every single product line, other than workers comp and motor in some places around the globe, is up substantially,” added Ms Beveridge.

“Being current, educating and updating clients, creating consistency and ensuring we provide options make it a uniquely challenging time,” she added.

The Aon pair told CRE that things are more difficult for buyers because of big differences between the price and cover offered by individual insurers, including a lack of alignment on growing exclusions.

“Many insurers have their own clauses, so there are differences both within the same lines and between lines of business. This is not good for clients who don’t get clarity. It is very hard to find common language for one client, let alone across a portfolio of clients,” explained Ms Beveridge.

The two brokers agreed that the increasingly difficult market is driven by insurance management decisions and strategies far more aggressive than anything they’ve seen during their long careers.

“In the old days, insurers would often still write a bit of cover in lines they wanted to pull back from and there was some discretion from underwriters. But now, if someone at the top decides the limit is €10m, the companies don’t make any exceptions whatsoever. So, the execution of these strategies is way more ruthless than it has ever been. For every product, segment or industry, the answer is: if we can’t fix it we will stop writing it,” said Mr Wegbrans.

Adding: “Today, with the consolidation and the limited number of carriers you can get capacity from, and their current view on profitability driven from up high, it is a completely different market than we have ever seen. I think that has been underestimated by people on all sides.”

Ms Beveridge said a convergence of factors – low interest rates, social inflation, nat cats, manmade losses and Covid-19 – have come together like never before and driven a hard market across the board. “We have had hard markets in product, region or client segments before, but this is an entire market issue where it is all coming to a point,” she said.

Mr Wegbrans thinks the market will continue to harden this year but, in some potentially better news for buyers, believes the rate of increase will slow. “I think the curve will flatten and we won’t see the same increases as this year. But insurers’ results for this year [2020] probably won’t be that much better, which doesn’t give any fuel for softening” he said.

Aon’s global chief broking officer believes how insurers react to recessionary pressures and potentially less premium as a result, will play a big part in the direction of the market in 2021.

“What happens if the insurable interest goes down because of bankruptcies or a recession and premium numbers fall? If insurers are still budgeting for growth next year, what happens if the economy shrinks? How will it affect carriers and how will the market respond? Will insurers be ok with a lower top line but still a good end result? Or are they going to go after top line again? That decision will probably determine how the market develops in the next year,” he said.

There are some signs of new capacity coming into the market offering hope for buyers. But while this new money is helping to some degree, it looks unlikely to prove a panacea.

“Right now we are seeing heavy investment in the reinsurance side and the retro side, with teams being built. It is clear that the excess-and-surplus market is being built up. We are watching who is making the investments and how the reinsurance market is reacting. But I think it is going to be about profitability first and exclusionary wordings to protect themselves,” said Ms Beveridge.

“The new capacity won’t replace the capacity that is too cheap. It won’t get into areas where people run the risk of making a loss. It will look at areas where there is profitability. So, to a certain extent it is helping because it is plugging capacity shortfalls in these areas. But it is not going to help much on rate because these people are looking for rates on offer right now in the hard market. Private equity is looking for current rates or even higher,” added Mr Wegbrans.

But she said there are signs that the D&O market could become less volatile as new entrants come in.

“Challenging conditions are expected to persist across many parts of the marketplace into 2021, with Covid-19 and losses in many lines contributing to this three-year trend of rising insurance costs. These conditions are occurring at a time when many organisations are least resilient to withstand them, leading to some rethinking their insurance buying patterns as a result,” said the broker.

“We’ve been in a soft market for a long time and double-digit rate increases are becoming commonplace. Pricing continues to accelerate in several lines and regions, “ he said.

Mr González said the causes of the hard market – lower-for-longer interest rates, increased frequency and severity of natural catastrophes, and loss inflation – appear increasingly structural rather than cyclical, which is likely to support price discipline next year.

But he urged insurers to support clients. “Now, more than ever, the (re)insurance sector has to live up to its responsibility of offering coverage that meets the rapidly changing needs of clients, especially as many face huge pressures post-Covid and are increasingly confronted by new and fast-evolving risks. This is what the industry should focus on next year, rather than speculating about whether rates will go up or down,” said Mr González.

And he said there is hope for buyers from an influx of capital. “Around $20bn of new capital entered the market in 2020 – that’s comparable to post-9/11 capital raising in the reinsurance market, at a time when industry balance sheets remain strong. This new capacity will bring exciting competition into the marketplace, which is always going to be of benefit to clients and, importantly, it gives us all the chance to prove ourselves. Reinsurance renewals at 1/1 will be an interesting test for the sector to see whether discipline holds as new capital flows in,” he said.

He said Covid-19 has accelerated the hardening trend. Fitch expects commercial insurers to post another underwriting loss this year and thinks the hardening will continue in 2021. It predicts double-digit price increases on a nominal basis and about 3% to 5% adjusted for claims inflation.

Mr Mazzuoli said “there are no signs yet of massive capital inflows into the sector that would stop the hardening market trend any time soon”.

He added that the commercial insurance industry may return to underwriting profit next year. But the impact of Covid-19 and related lockdowns on litigation costs are the key unknown, he said.

Catherine Thomas, senior director – analytics at AM Best, said commercial lines insurers are “pretty optimistic” about the state of the market going into 2021.

She said rates continue to harden for many risks as the market responds with increased underwriting discipline to adverse claims experience driven by social inflation in the US, Covid-19-related losses and, in recent years, elevated catastrophe experience.

Meanwhile, there doesn’t seem much respite on the horizon from the reinsurance market. It is hardening further, although 1 Jan renewals were not as bad as some buyers first feared, and experts expect price increases and coverage restrictions to be passed on to primary insurance buyers.

Ferma has told CRE that it expects commercial insurance market hardening to continue during next year, with exclusions and limits remaining a particular area of concern. President Dirk Wegener added that this could result in a “significant” shift of insurance premium to captives and other self-financing tools, particularly among large organisations.

But he stressed that insurers have a big role to play in the hard market, partly through their risk assessment and mitigation services, and urged them to maintain their position as trusted partners.

“During 2021, we expect that the insurance market will continue to harden. We were already aware of this trend from the responses to the Ferma European Risk Manager Survey 2020. Those responses mainly predated the pandemic. However, we know from reports from brokers and ratings agencies that commercial insurance prices are increasing quarter by quarter,” Mr Wegener told Commercial Risk Europe.

He said exclusions and limits “have been and remain a particular concern”, as insurers seek to reduce their exposures and “even exit entire lines of business”, including cyber and now covers related to the pandemic.

Some 90% of risk managers responding to the federation’s survey earlier this year named limits and exclusions for emerging and other specific risks as their main concern when it comes to insurance.

Mr Wegener said there are signs of new entrants coming into the commercial insurance market and some regional insurers expanding as the big players consolidate. This traditionally helps to arrest a hard market cycle. But Ferma’s president said it is not yet clear how quickly it will have an impact this time around.

He added that insurers have a lot to bring to the table in these challenging times and hard market conditions. For example, through highly skilled technical services that can contribute to risk assessment and mitigation.

And Mr Wegener encouraged insurers to play an active role in finding solutions for individual companies and widespread catastrophic risks.

“It is in a period of crisis such as we now have that they can make a difference and maintain their role as a trusted and reliable partner,” he said.

Market grows increasingly ruthless but rate of hardening may have peaked added by Ben Norris on January 11, 2021
View all posts by Ben Norris →