A Chinese invasion of Taiwan following the crisis last week is “highly unlikely” with the chances at about 15%, according to a briefing by security intelligence firm Dragonfly, but companies and supply chains in the region will probably be impacted for some time because things are unlikely to return to normal in the near-term, it warned.

In a webinar on the fallout from the crisis between China and Taiwan, Dragonfly said it believes there is a “likely” 60% chance that we are entering a “new normal” relationship between the two countries where Chinese military drills continue.

The next most likely scenario, described as a “reasonable possibility” with a 45% likelihood, is that relations between China, Taiwan and the US return to pre-crisis levels, according to the risk experts. Its analysts believe there is an “unlikely” 25% chance that China instigates a full blockade of Taiwan, and then the least likely scenario is a full invasion of the island.

“We still think an invasion is unlikely in the medium term and there is no indication of an amphibious assault on any of the outlying islands or Taiwan itself. We think coercive pressure will be maintained around the East China Sea, the Yellow Sea, the Bohai Sea, the South China Sea and Taiwan itself. On the eastern side of the median line in the Taiwan Strait there are also going to be continued exercises close to the Korean Peninsula lasting, according to Chinese state media, till the 8th of September,” said a spokesperson for Dragonfly during the briefing.

“China doesn’t have the military capability to capture the island without the risk of a wider conflict involving the US. As far as we can tell Taiwan and the US show signs they are deescalating very carefully. All sides are issuing statements that they would like to maintain the status quo. Most importantly, China can achieve its short-term objective of maintaining a high level of pressure on Taiwan, which is what it is currently doing, without invasion,” he added.

Meanwhile, the US doesn’t want an unplanned military conflict with China, said Dragonfly.

It added that both sides, the US and Taiwan on the one hand and China on the other, are “staring into the abyss” about what an invasion would mean for them and the wider region.

“It appears very likely both powers understand what the stakes are and would like to deescalate and maintain the status quo as far as possible,” it said.

Dragonfly believes a full invasion by China could cause huge loss of life, would heavily impact the global economy and see severe disruption to air and maritime traffic across the east Asia region.

It gave some indicators to watch out for that would indicate the likelihood of China invading of Taiwan is increasing. A big one to watch is if regional allies of the US and Taiwan with high intelligence capabilities, such as Japan or South Korea, adopt elevated military alert. Chinese state media ramping up anti-Taiwanese rhetoric and Chinese officials implying urgency in comments about integrating Taiwan would be other key indicators.

“The real trigger for escalation is if the balance of power shifts favourably to either side that allows, for example, China to take Taiwan with minimal loss,” said a Dragonfly spokesperson.

The security experts said the crisis is at an early stage and is likely to develop over the coming months. It expects China to maintain its policy of applying pressure in the region and around Taiwan in particular over the coming months. So it believes the most likely outcome of the recent tension is a “new normal” period where China maintains military exercises in the area indefinitely.

“We think we’re seeing a new normal emerge in the region and we are unlikely to go back to the pre-crisis stage,” said Dragonfly. It said this would allow China to keep “choking and then releasing Taiwan” but wouldn’t trigger a military response from Taiwan or the US.

“So we think China won’t completely cut food and supplies to Taiwan but would demonstrate it can administer de facto sovereignty by proving it can control the air and maritime space around the island,” said Dragonfly.

The company explained that several indicators of a new normal have already been tripped.

For example, the company explained that China has extended its military exercise areas over the last few days and established its intent to continue infringing the median line in the Strait of Taiwan, which is an unofficial border between China and Taiwan, by sending navy ships across the line.

It added that there were also some indicators over the weekend of China implementing  further import bans and coordinating cyberattacks by both freelance hackers and state agencies.

The experts said a new normal scenario would see continued disruptions from military exercises to shipping and flights. It could also see some products boycotted and countries hoarding supplies, such as China storing semiconductors. This new normal is also likely to see flashpoints from key political visits to Taiwan. And, under the new normal, Dragonfly warns that the Taiwanese and US elections in 2024 have “huge potential” to sour US-China relations.

The second most likely scenario is a return to pre-crises relations, according to Dragonfly. In reality it expects to a combination of this scenario and the new normal over the coming months.

Dragonfly said the chances of a full return to the status quo are already falling as more new normal indicators are triggered. It stressed there is “nothing for the Chinese to gain from normalisation at this stage”.

The third most likely scenario, according to Dragonfly, is a Taiwan blockade by China. But it said it hasn’t seen anything to indicate a full blockade at this stage, probably because it would force a military response from Taiwan and the US.

The China-Taiwan crisis flared up when Nancy Pelosi, the US House of Representatives Speaker, last week became the highest US official to visit Taiwan in 25 years. Her visit marked a low point in recent US-China relations.

Dragonfly said so far Taiwan’s military forces have reacted calmly to this action and there has been no military conflict between the two sides or “anything that would signal an escalation”.

There has however been diplomatic fallout. Sanctions have been put in place by China against Taiwanese companies and bilateral talks planned between the US and China have been cancelled. There has also been some impact on commercial flights in and out of Taiwan but the majority have continued.

Despite Dragonfly’s belief that a Chinese invasion of Taiwan is very unlikely, one of its analysts noted a word of warning. He explained that many of the company’s predictions are based on the assumption that China would prioritise its economy over taking Taiwan. This was the exact same argument made for President Putin in Russia before he invaded Ukraine, so can’t necessarily be relied upon.

“That’s not to say I disagree with our assessment at all, but it is definitely worth considering that there is a baseline assumption in a lot of this that China will put greater value on its economic growth than its capture of Taiwan. Inevitably with that we are not just talking about China but also president Xi and his position in the CCP and the vulnerabilities and insecurity they may have,” he said.

You only have to look at China’s zero tolerance Covid-19 policy, or examples where it put military gains ahead of economic growth, to see that the assumption it will always prioritise its economy is worth closer examination. 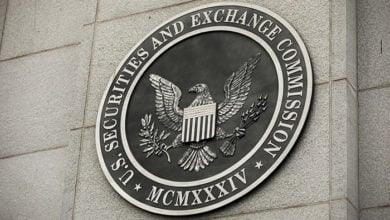