The volume of insolvencies and consequent insurance claims has been so low in developed markets that a growing number of companies are deciding to do without insurance capacity and retain the risk of default by clients on their own balance sheets.

Trade credit insurance to some extent looks like a world of its own, where the market is not only hard, but also presents some of the characteristics of a soft period. Claims are below pre-pandemic levels despite a worldwide health crisis and economic volatility, insurers have recovered their appetite for risk and rates are even going down in some markets. Willis Towers Watson believes, for example, that good accounts could achieve drops between 5% and 10% in the US market during the next renewals.

The Berne Union, an association of trade credit insurers, has described the claims environment in 2021 as “incredibly benign”, as its members paid only $1bn in short-term insurance policies in the first half of the year. The number is 38% lower than in the same period of 2020 and represents the lowest claims-to-commitments ratio on record.

A number of buyers have spotted the trend and asked themselves: why do we need trade credit insurance if nobody seems to be missing payments?

“We have seen in recent months companies leaving the market to self-insure. They believe that in the current environment, they do not need credit insurance anymore,” says Dirk Hagener, director of communication and corporate development at Atradius.

The temptation is not hard to understand. Hagener points out that it is not a cheap product and board members, especially at companies in sectors that are doing well at the moment, such as electronics, may feel that the money can be put to other uses.

But he also warns that the scenario suggests that the current lull may not last much longer. “The growth outlook for a lot of companies that we have in our portfolio is positive,” Hagener says. “But insecurity is definitely out there.”

Unusual situation
The challenge for both insurers and their clients is to properly interpret what is a highly unusual situation. On the one hand, consumer spending is going strong in several countries, savings remain high, economic growth seems to be on the way up, and companies in many sectors have reported positive earnings of late.

On the other, inflation is on the rise everywhere, supply chain issues spook production managers and the Covid-19 pandemic still seems to have some legs, as new variants appear every so often, nurturing doubts about vaccinations and raising the prospect of new lockdowns.

“We have built dozens of scenarios in the past 20 months,” says Nicolas Garcia, group commercial director at Coface. “We look at the indicators that we have and we adapt our risk-taking strategy to what we observe in the market, as most of our benchmarks have disappeared.”

He notes that there is no historical precedent for a situation where economies dropped by 6% to 8%, or even more than that, as was the case in plenty of countries in 2020, without generating a massive increase in bankruptcies and insolvencies. The economic effects of the pandemic were countered by unprecedented government support schemes for all kinds of companies, as well as extremely lax monetary policies by central banks.

“The massive intervention from public bodies has completely frozen the levels of bankruptcies,” Garcia says. “But it does not mean the risk has disappeared. The underlying risk is still there and it is even higher than it was one year ago.”

Insolvencies on the rise
In fact, the Berne Union has warned that the number of insolvencies registered by its members has started to creep up of late, a perception that has been confirmed by market players. “We see now the first signs of normalisation. It will be a slow process, it will take time, but things are starting to deteriorate, even though from a very low level,” Garcia says.

“Demand is booming but inflation is rising at the same time, so margins are under pressure. Companies that have plenty of cash at the moment can face this situation in the short term, but they will gradually consume their reserves. That is when we believe the level of bankruptcies will accelerate significantly,” he says.

“The pace of insolvencies is increasing. But so far we are not seeing the tsunami of bankruptcies that has been forecast,” adds Andy Hodson, risk director at Euler Hermes in the UK. “Many businesses have incurred additional debt to get through the pandemic, the question is whether they will generate enough cash to support it.”

Some sectors, of course, are already struggling. Hotels, restaurants, travel agencies and other tourism-related sectors, to mention a few, have felt the full brunt of lockdowns and continue to be affected by persistent virus variants. But Hodson stresses that some other companies have shown signs of distress that send a wider message to the market. For instance, there has been an increase in the number of construction insolvencies in the UK.

“We usually see that as a bellwether of what might be coming in the future,” he says.

Credit insurance programmes
Companies must therefore consider carefully whether this is not the time to structure their credit insurance programmes, as the current bonanza may not last well into 2022. Hodson stresses that, with governments’ support for the trade credit insurance market fading into the past, capacity levels should go back to normal. The soft market is also supported by the unusually low volume of claims, which is unlikely to be maintained. Conditions offered by underwriters should be affected as insolvencies accumulate.

“Once the claims start coming in, which they will do, then an adjustment will be inevitable,” Hodson says. “We know that insolvencies will take place more on a frequency basis, affecting smaller and medium-sized businesses. But the biggest challenge will be the severity claims, those involving the big names.”

Hagener, for his part, warns that many “zombie” companies may still be found in the marketplace, as they have been artificially kept afloat by government support and strategic decisions made by lenders. This could change as companies feel the impact of the end of government support schemes and, due to inflationary pressures, central banks revert their current lax attitude towards interest rates.

And the supply chain crisis is another factor to be considered, as companies have to slow down production lines due to the lack of essential components such as semiconductors. Spanish credit insurer Credito y Caución has warned that the automotive industry in countries like Germany, France, the UK, Japan and Brazil faces high levels of credit risk for this reason.

“What is stunning is that the risk is really high right now,” Garcia says. “There is inflation, supply chain disruptions, and also rising political tensions between countries and within countries. And central banks are starting to lower quantitative easing.”

All those factors combined should temper the tendency shown by certain companies to keep credit risks in their balance sheets, Hagener points out.

“There is discussion about credit insurance, according to which, if you have very professional credit management and organise yourself very well, the value of credit insurance goes down. In the US and Asia, many companies do credit management in-house,” he says. “But, especially looking at the clouds in the horizon, this is a phenomenon where, in one or two years, companies will come back to the market.”

Atradius estimates that global insolvencies will grow by 33% in 2022, in large part boosted by delayed insolvencies from 2020 and 2021. Its latest payments practices report, published at the end of November, has already spotted an increase in late payments and write-offs in regions like western Europe, and growing demand for credit insurance covers as a result.

Emerging issues
As they tackle the challenges to come, credit insurers and their clients must also deal with emerging issues linked to current pressures on the business community to move towards a more sustainable economic model.

“As an industry, we will have to adapt and support this change,” Hodson says.

That means looking not only at the ESG profile of clients, but also of those companies with which they do business. Credit insurers will have to increasingly take into account how capable, flexible and agile companies are in that area.

“We are working with the ratings agencies to determine how we will incorporate ESG criteria to our risk profile. And we need to move quickly in that direction,” Hodson says.

At some point, a lack of credible ESG credentials could even compromise the ability of companies to purchase trade credit insurance coverage.

“Starting in 2022, we will have to take a stance in the industry,” Hagener says. “Either we follow purely governmental ambitions to help green industries to grow and reduce our exposures to industries that use coal, for example, or we take an active role and adopt a specific stance towards being green.” 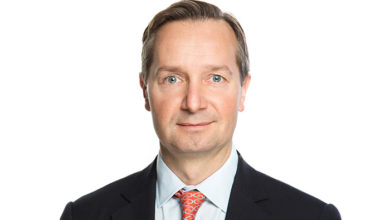 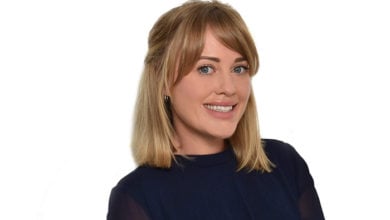 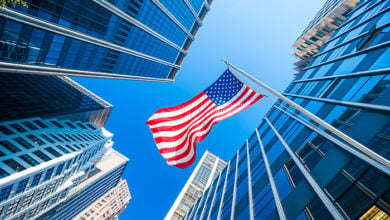 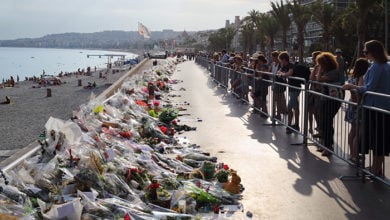 April 6, 2022
Back to top button
Close
Log In
Upcoming event: